More than 26,010 people showed symptoms of fever over a 24-hour period until 6 p.m. the previous day, the official Korean Central News Agency (KCNA) said, citing data from the state emergency epidemic prevention headquarters. It reported one additional death, with the death toll rising to 73.

The country's total number of fever cases since late April came to over 4.55 million as of 6 p.m. Wednesday, of which more than 4.51 million have recovered and at least 46,230 are being treated, it added.

The nation's daily fever tally has been on a downward trend after peaking at over 392,920 on May 15, three days after it disclosed its first COVID-19 case after claiming to be coronavirus-free for over two years. 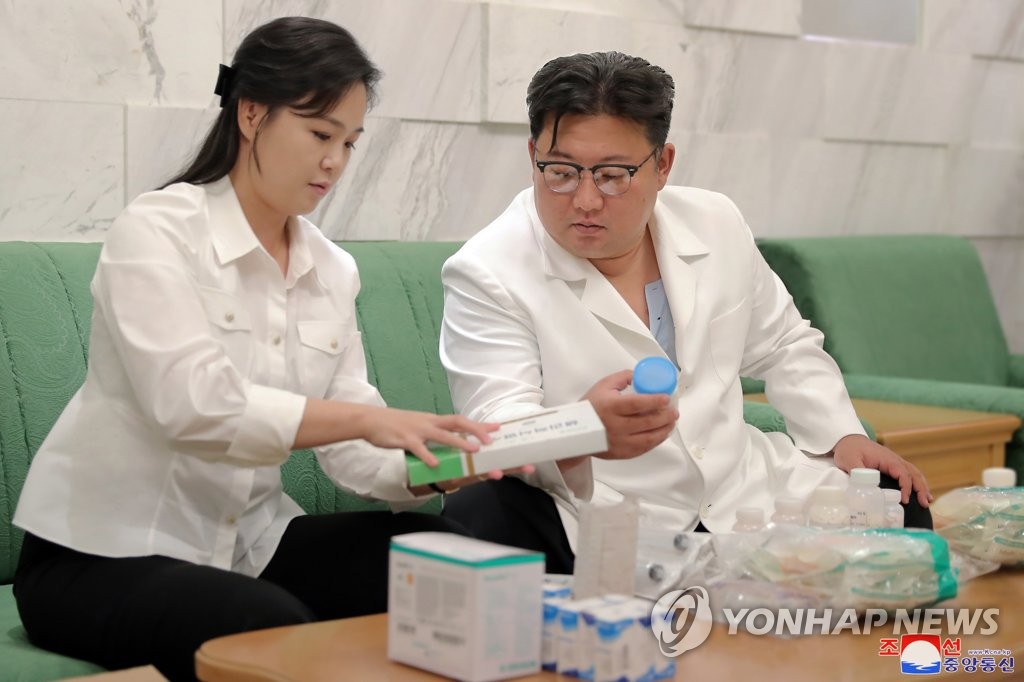 On top of its ongoing battle against COVID-19, the North announced an outbreak of another infectious disease in Haeju City of South Hwanghae Province.

In response, leader Kim Jong-un sent medicine prepared by his family to the ruling Workers' Party committee of the city the previous day, it added. It did not specify what the disease is.

Kim stressed the need to contain the latest outbreak "at the earliest date possible by taking a well-knit measure to quarantine the suspected cases to thoroughly curb its spread," it said.

He also emphasized confirming cases through "epidemiological examination and scientific tests" and stepping up efforts for sterilization of the infected regions, which includes the nearby county of Kangryong, it added.