On Wednesday (U.S. time), the Fed decided to hike its interest rate by 0.75 percentage point in the latest move to tighten monetary policy and tame soaring inflation. It marked the first such steep rate increase since November 1994.

Fed Chair Jerome Powell said the central bank is considering a 0.5 or 0.75 percentage-point rate hike in the rate-setting meeting next month.

South Korea's financial market has been subdued with its key stocks and local currency losing marked ground in recent days. The KOSPI fell for the seventh straight session Wednesday, ending at the lowest point in about 19 months, with the won falling to the lowest level since July 14, 2009.

"Anxiety is lingering that the global financial market will suffer increasing volatility as fears are drawing attention that accelerating (monetary) tightening could lead to an economic slowdown," Finance Minister Choo Kyung-ho told reporters after holding an extended meeting on macroeconomic situations with chiefs of the Bank of Korea (BOK) and top financial regulators in Seoul.

"With protracted uncertainty in place and the U.S. Federal Reserve's accelerating rate increase, the government and the central bank shared the view that it is necessary to respond with a sense of extraordinary urgency," he added.

The government and the BOK agreed that monetary policy should be managed in a way that places more emphasis on fighting inflation and beefs up cooperation to prevent market jitters from spreading.

In particular, they agreed to raise their guards against excessive volatility in the foreign currency market and do their best to stave off herd behavior down the road, Choo said.

The minster also said the government and the BOK will carry out emergency buybacks and Treasury purchases "at an appropriate timing" if the local bond market suffers steep volatility.

Last month, the BOK hiked its policy rate by a quarter percentage point to 1.75 percent, the fifth increase in borrowing costs since August last year. The central bank earlier hinted at further rate hikes to keep a lid on upward inflation pressure. 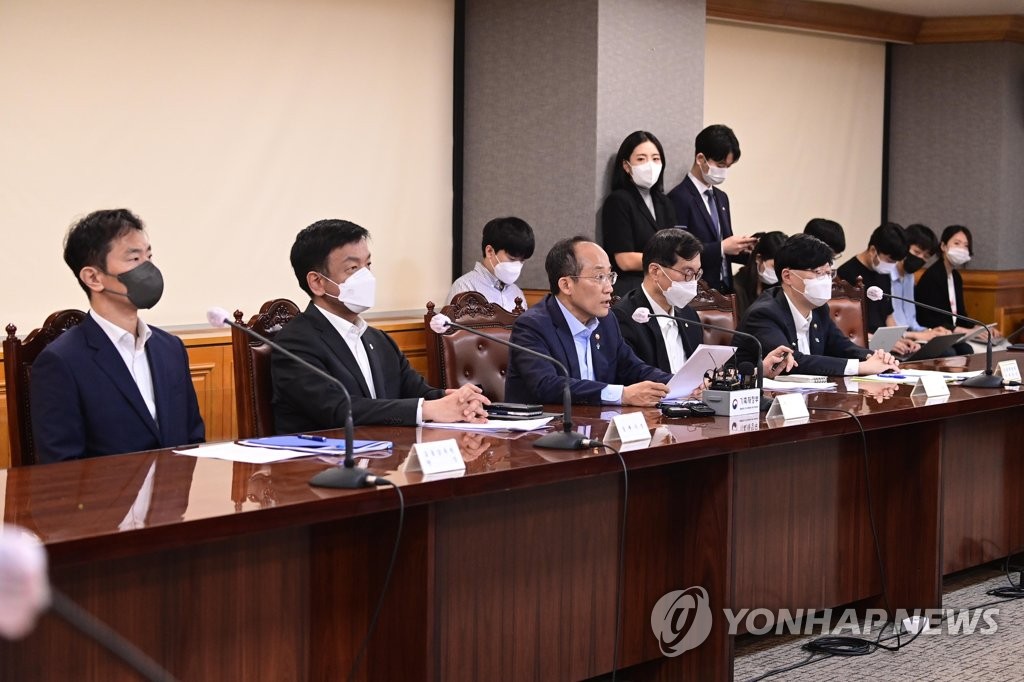