SEOUL, June 16 (Yonhap) -- After more than two weeks off during the FIFA international match window, the top South Korean football league will be back in action on the weekend, with two title contenders set for their second showdown of the season.

Ulsan Hyundai FC entered the break atop the K League 1 tables with 36 points, 10 ahead of Jeju United. Ulsan are undefeated in their past five matches.

One point behind Jeju in third place are Jeonbuk Hyundai Motors, the team that crushed Ulsan's title dreams in each of the past three seasons. And Ulsan and Jeonbuk will meet for the second time this season at 6 p.m. Sunday at Munsu Football Stadium in Ulsan, 310 kilometers southeast of Seoul. 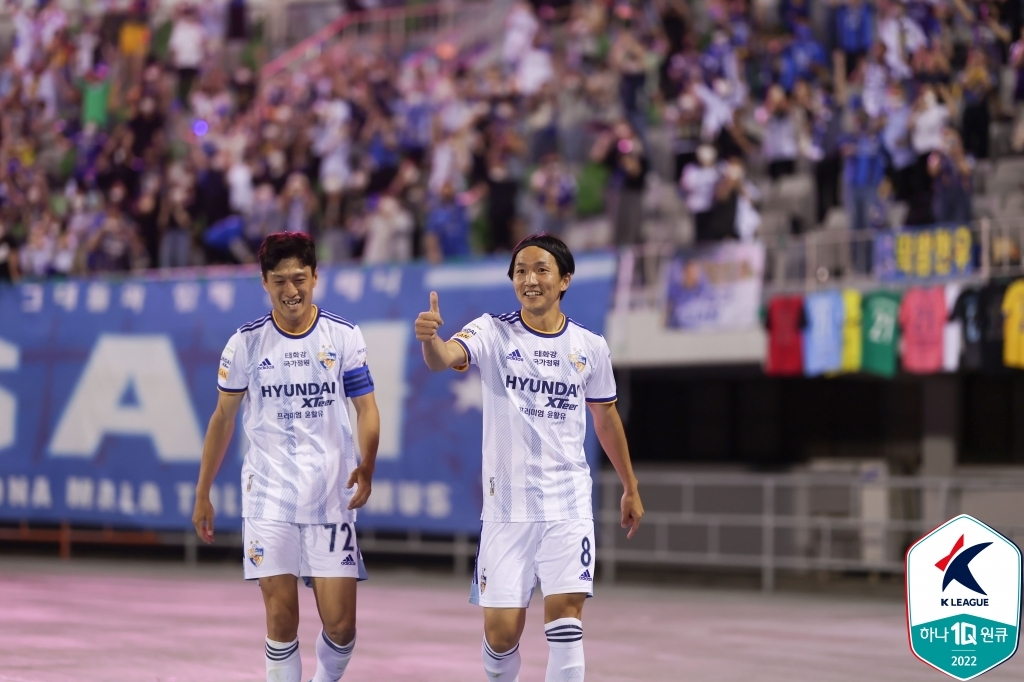 Ulsan prevailed 1-0 in the first meeting on March 6, but that was only Ulsan's second victory over Jeonbuk in the previous 10 matches.

Ulsan have been firing on all cylinders. They lead the K League 1 with 25 goals after 15 matches, and they have also conceded the fewest goals with 10.

Jeonbuk, who have long prided themselves on being a dangerous offensive team, have only managed 15 goals in 15 contests this year.

The one other match on Sunday will pit Suwon Samsung Bluewings against FC Seoul in the latest "Super Derby" between the longtime rivals. The two clubs each have 18 points, but FC Seoul are ahead in the tables in seventh place thanks to their 17 goals, compared to 12 by Suwon.

Their rivalry has lost some luster in recent seasons amid their struggles. FC Seoul won the first derby of the season 2-0 on April 10.

Also this week, Jeju will try to put some more pressure on Ulsan when they host Incheon United at 6 p.m. Saturday. Cellar-dwelling Seongnam FC will chase only their third victory of 2022 in a home match against Daegu FC at 7:30 p.m. Saturday.

Following the extended layoff, matches will come fast and furious for K League 1 clubs. Three matches are scheduled each for next Tuesday and Wednesday in Matchweek 17, followed by three more each on June 25 and 26.