SEOUL, June 16 (Yonhap) -- South Korea's new coronavirus cases remained below 10,000 for the seventh consecutive day on Thursday as the country moves toward returning to pre-pandemic normalcy.

The country added 7,994 COVID-19 infections, including 90 cases from overseas, bringing the total caseload to 18,256,457, the Korea Disease Control and Prevention Agency (KDCA) said.

The number of critically ill patients stood at 98, up from 93 the previous day, the KDCA said.

South Korea's COVID-19 outbreaks have shown a downward trend after daily new cases peaked at an all-time high of over 620,000 in mid-March. 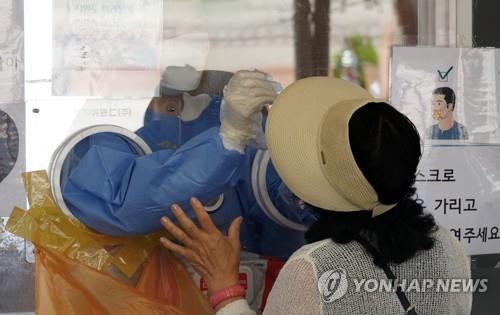 Of the 7,904 locally transmitted cases, Seoul accounted for 1,547 cases, with the surrounding Gyeonggi Province reporting 1,989 cases. There were 313 infections in Incheon, 40 kilometers west of Seoul.

Overseas infections remained high in Incheon at 25, where Incheon International Airport is located.

The virus' transmission from overseas has increased recently, in the wake of the country's lifting of the mandatory seven-day self-quarantine period for all international arrivals, starting last week.

As of 9 p.m., the country had reported 6,811 new infections, down 802 from the same time a day earlier, according to local governments and health authorities. Daily infections are counted until midnight and announced the following morning.

As of Thursday, 44.61 million, or 86.9 percent of the population, had completed the full two-dose vaccinations, and 33.34 million, or 65 percent, had received their first booster shots.

About 4.29 million people, or 8.4 percent of the population, had gotten their second booster shots, the KDCA said. 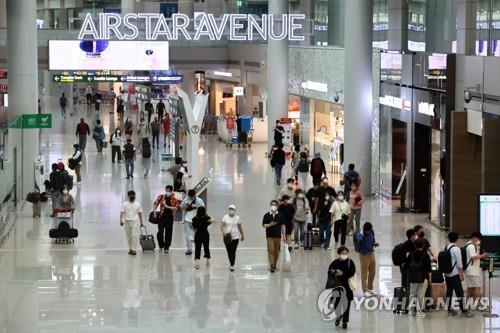