The total government debt hit an all-time high of 1,001 trillion won as of end-April, up by 19.1 trillion won from a month earlier, according to the data compiled by the finance ministry.

The managed fiscal balance, a key gauge of fiscal health, posted a deficit of 37.9 trillion won as of the end of April, smaller than a shortfall of 40.4 trillion won a year earlier.

The country's total revenue for the first four months of this year amounted to 245.9 trillion won, up 28.3 trillion won from a year earlier, on the back of the increase in the collection of corporate, income and value-added taxes amid a recent economic recovery.

South Korea has continued to log a surplus of tax revenue, as the economy has been on a recovery track.

By year-end, the sovereign debt is expected to grow to 1,068.8 trillion won, including 31.1 trillion won of debt to be incurred by provincial governments, the data showed.

In 2021, the national debt, which covers bond sales and financial borrowing by central and provincial governments, reached a record high of 967.2 trillion won due to the government's increased debt sale amid the pandemic. 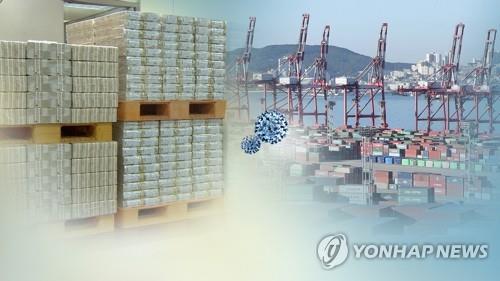