SEOUL, June 16 (Yonhap) -- K-pop supergroup BTS flatly rejected rumors Thursday that the band is taking steps to disband itself following its recent announcement of a pause in group activities.

"We'll try to show good performances either as a team or individuals," RM, the band leader, said in a post to Weverse, a K-pop fan community platform.

He said he has received the most phone calls in his nine-year career since the band unveiled its plan to take a break from group activities in order to focus more on solo projects in a YouTube video Tuesday.

The abrupt announcement sent a shock wave through fans and news media, both inside and outside the country. It has also spawned speculation that the hiatus practically means there will be no more group activities or the group will disband as the seven members face enlistment one after another starting this year to join the military. In South Korea, all able-bodied men are required to serve in the military for about two years. 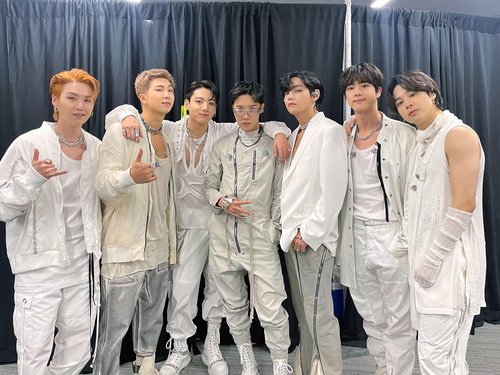 "They included lots of sensational keywords like 'disbandment' or 'halt to activities,'" RM said. "It's not that I didn't know this would happen or that I didn't prepare for it, but I feel bitter."

His remarks came a day after Hybe, the K-pop powerhouse behind BTS, sent lengthy emails denying rumors about the band's disbandment to its employees, saying BTS is not considering disbanding or taking any steps in that direction.

"There is a lot of fuss that we are suspending or dismantling our activities, but I think I need to correct this a little bit," he said, adding BTS still has a lot to do as a group.

"We said we are going to do individual activities but never said we will quit working as BTS," he said. "We have no intention to quit and still have many group plans left. BTS will be forever."