SEOUL, June 16 (Yonhap) -- The Coast Guard on Thursday apologized for having previously presumed a South Korean fisheries official killed by North Korea's military near the western sea border in 2020 was attempting to voluntarily defect to the North.

Reversing its own previous assumption of the fisheries official's possible intention to defect to North Korea, the Coast Guard said that it has not found any circumstances suggesting he was attempting to defect.

The 47-year-old fisheries official, identified only by his family name Lee, was fatally shot by the North's military on Sept. 22, 2020, after going missing the previous day while on duty near South Korea's Yeonpyeong Island. 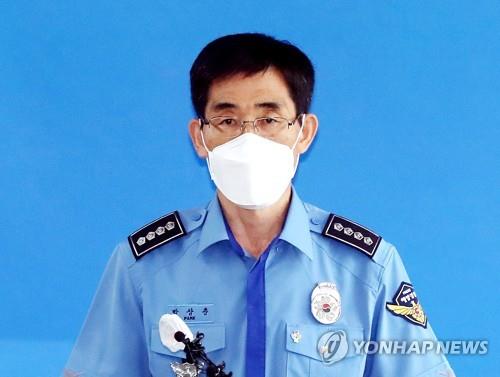 The South Korean military and the Coast Guard, citing Lee's gambling debt and other intelligence, announced at that time that he appeared to be trying to defect to the North, though the announcement was flatly denied by his bereaved family.

The Incheon Coast Guard, which was in charge of the case two years ago, said it has not found any evidence to conclude that Lee defected to North Korea.

"Field investigations were conducted without ruling out various possibilities, including the deceased official's defection to North Korea, but no evidence was found to confirm his intention to defect," said Park Sang-chun, head of the Incheon Coast Guard, in a news conference, offering an apology to his bereaved family.

A ranking official from the defense ministry also attended the news conference, saying his ministry has not detected any evidence on the fisheries official's voluntary defection to the North.

"I can say clearly that there were circumstances in which the North Korean military shot and burned one of our citizens," the defense official said, apologizing for the confusion caused by the ministry's assumption on the late official's possible defection attempt.

The apologies from the Coast Guard and the defense ministry are expected to create significant political repercussions, as the preceding Moon Jae-in government had been reluctant to fully disclose information about Lee's death, except saying that he appeared to be trying to defect to the North. The Moon administration even defied a court order to provide undisclosed information to his family.

The apologies came hours after the presidential National Security Office (NSO) said it has suspended a judicial procedure pursued by the Moon government to block the disclosure of confidential information on Lee's death.

The NSO said it and the Coast Guard have withdrawn an appeal filed by the Moon administration against the Seoul Administrative Court's order last November for the disclosure of classified information on Lee's death.

The written request for the cancellation of the appeal was submitted to the Seoul court in the morning, the office added.

"It is hoped that the decision to withdraw the appeal will help correct the unfair measures of the past that restricted information even though one of our nationals was killed by the North Korean military," the office said.

The office of President Yoon Suk-yeol accused the previous Moon government of failing to respond properly to the bereaved family's call for the truth, stressing that the biggest responsibility of the state is to protect the lives and properties of the people.

The main opposition Democratic Party, which was the ruling party at the time of the incident, refrained from any official reaction. But Rep. Yun Kun-young, who served as a senior presidential secretary when Moon was in office, claimed the Moon government never concluded that the late official tried to defect.

"I hope the suffering of our people should not be taken advantage of for political interests," he said. 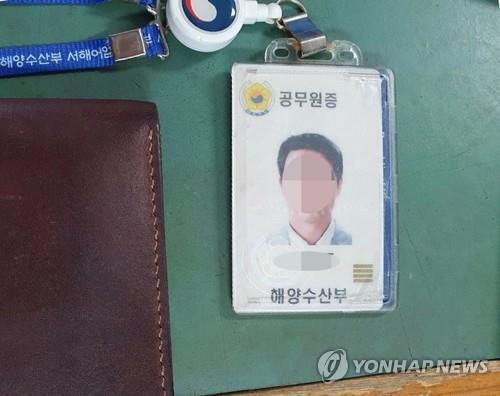 Lee's bereaved family has steadily demanded the truth behind his death and launched litigation for the disclosure of all relevant government information. The Seoul Administrative Court last November ordered Moon's NSO and the Coast Guard to offer classified information on Lee's death to his family, but the two organs appealed the ruling.

Despite the Lee family's litigation and other efforts, however, the key information on the case cannot be disclosed as it has been archived as part of Moon's classified presidential records that are not released to the public for 15 years.

Controversy has persisted over whether the responses of Moon's Cheong Wa Dae and military were appropriate after North Korean leader Kim Jong-un sent a notice on Sept. 25, 2020, and apologized for the official's death.

Suspicions also arose that the South Korean government's countermeasures to Lee's disappearance were delayed possibly because Moon delivered a keynote speech by video to the 75th United Nations General Assembly in New York on Sept. 23 calling for international support for the declaration of an end to the 1950-53 Korean War.

The bereaved family has said that the disclosure of the information about when and how Moon received the report on the case at that time and what instructions were issued by him will be very helpful in finding out the truth.