The ministry requested that related environmental organizations and provincial authorities recommend members of the envisioned body for the assessment of the unit in Seongju, some 300 kilometers south of Seoul.

Deployed in 2017, the THAAD battery has been in the status of "temporary installation" pending the environmental assessment. It has not been running at its full capacity, with access to the unit restricted due to protesters and other obstacles.

The consultative body will consist of officials from related provincial governments, environmental authorities and the environment and defense ministries as well as representatives of local residents and civilian experts, according to the ministry.

Once the body is formed, it is to deliberate on the scope and methods of the assessment, draft assessment documents, solicit public opinions through open hearings and carry out other required procedures, the ministry said.

Last month, Defense Minister Lee Jong-sup said that the normalization of the THAAD unit "should have been done earlier," and pledged to expeditiously push for it. 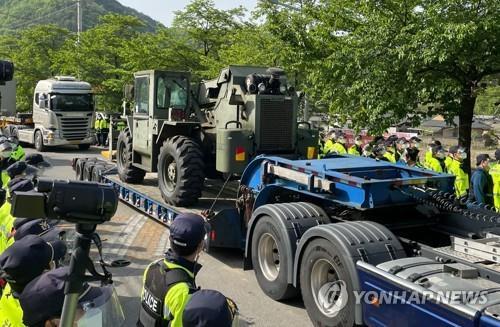