Kim, a former leader of the main opposition Democratic Party, served the same job when the panel was created under Yoon's transition team.

The committee will be in charge of handling policies and projects related to national integration.

Kim, 69, has more than 25 years of experience in politics. He worked as a lawmaker and served as the country's culture minister from 2000 to 2001.

The Cabinet last month approved the creation of the committee. 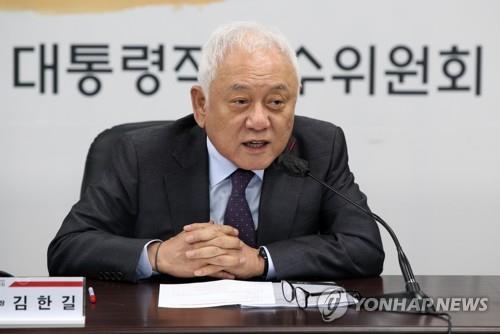