Kim arrived at the house of Lee Soon-ja, Chun's widow, at 2:55 p.m. and held a meeting with Lee for about 90 minutes.

Kim did not answer questions from reporters when she entered the house or when she left.

Kim is said to be also working to set up a meeting with former President Moon Jae-in and his wife, Kim Jung-sook.

"Kim will keep trying to meet former first ladies," an official at the Yongsan presidential office said, noting all the meetings are unofficial and should not be "politically interpreted." 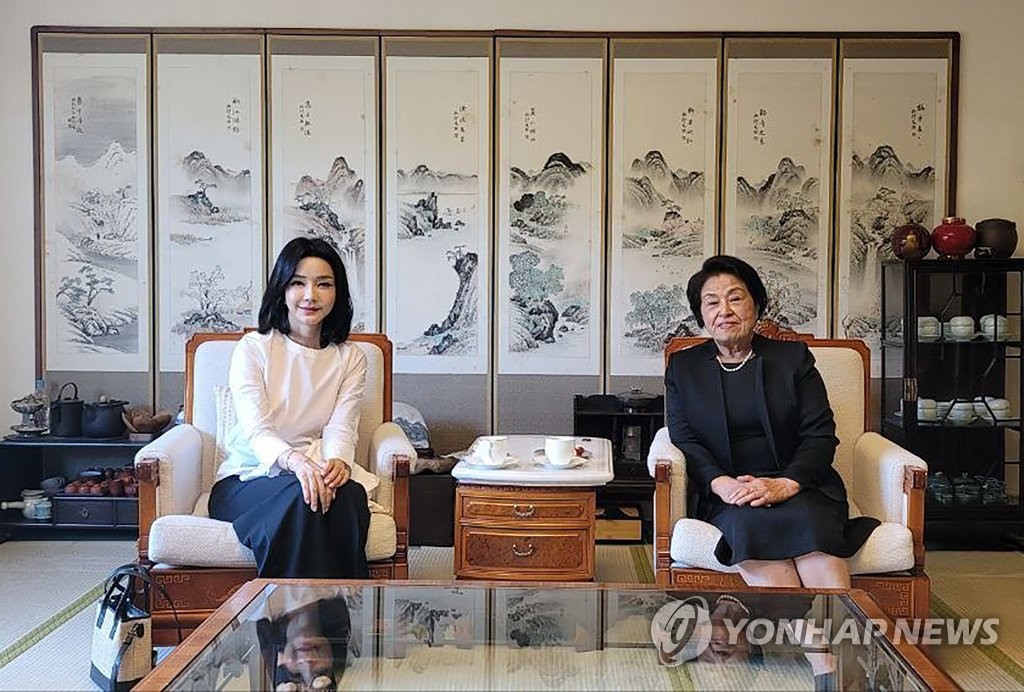