SEOUL, June 16 (Yonhap) -- A Seoul court on Thursday ruled against more than 1,000 employees of KT Corp. seeking reimbursement for what they claimed were wages lost due to the peak wage system.

A total of 1,312 incumbent and former KT employees launched two separate suits, in 2019 and 2020, demanding the compensation of the wages lost before retirement. The plaintiffs argued their salaries were cut due to an agreement reached between the union and the management in 2014-2015 to adopt the system that gradually cuts the salaries of senior workers.

Ruling against the plaintiffs, the Seoul Central District Court said KT's system does not violate a clause of the labor law that stipulates that workers should not be discriminated against on the basis of age without reasonable causes.

Under the agreement reached between the labor and management, the retirement age was extended from the previous 58 years old to 60. In return, their wages were cut by between 10 and 40 percent every year over the period of four years starting at the age of 56.

"The plaintiffs separate the issue of the retirement age extension and the peak wage system, and argue that the system is discriminatory without reasonable causes. However, the two issues cannot be viewed separately," the court said in the ruling.

The court further ruled that the total amount of wages received by the workers increased even after the implementation of the peak wage system.

Thursday's ruling came after the Supreme Court ruled in May that the system is tantamount to age-based discrimination as it cuts wages after a certain age.

The peak wage system guarantees the employment of workers by gradually reducing their salaries through the adjustment of working hours from the point when a worker reaches a certain age.

The peak wage system has been widely adopted by local companies, particularly in the public sector, since the early 2010s to cut the salaries of their senior employees in order to create more jobs for young people amid a high young adult unemployment rate. 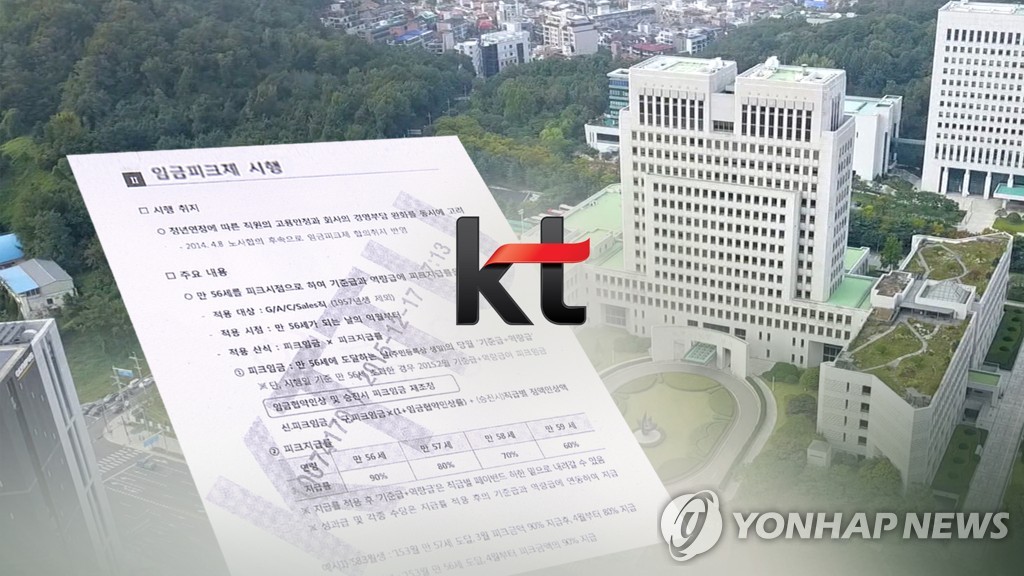