The ceremony took place at Camp Humphreys, a sprawling U.S. military base in Pyeongtaek, 70 kilometers south of Seoul. Around 100 South Korean and U.S. military officials, and guests joined the event, according to the USFK.

"Gen. LaCamera expressed his gratitude to Gen. Won for his leadership and contributions to maintaining a robust combined defense posture and the ironclad ROK-U.S. alliance," the USFK said in a press release. ROK stands for South Korea's official name, Republic of Korea.

Won is set to leave office, as President Yoon Suk-yeol has tapped Army Gen. Kim Seung-kyum to succeed him. Won has led the Joint Chiefs of Staff since September 2020. 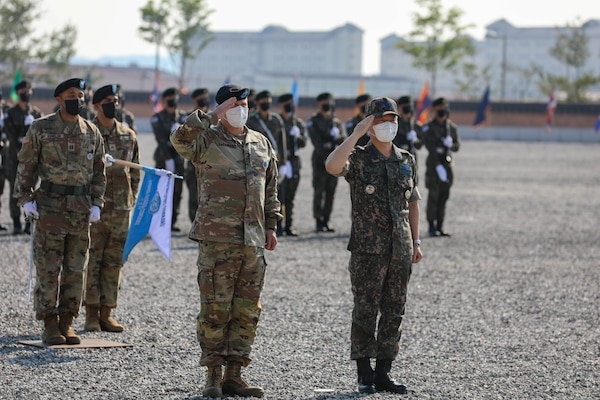