Han traveled to the retirement home of Moon in Yangsan, 309 kilometers southeast of Seoul, and held a meeting with the former president for about 40 minutes, the prime minister said in a Facebook posting.

Han said he spoke with Moon about "difficulties and the severity of the domestic and foreign economic situation, and recent international situations, including the Ukraine crisis."

Han said he also sought advice for state affairs from Moon and the former president responded.

Both Moon and Han worked with late former President Roh Moo-hyun, when he served as the president between 2003-08.

Han served as the final prime minister of the Roh government between 2007-08, when Moon was chief of staff for Roh. 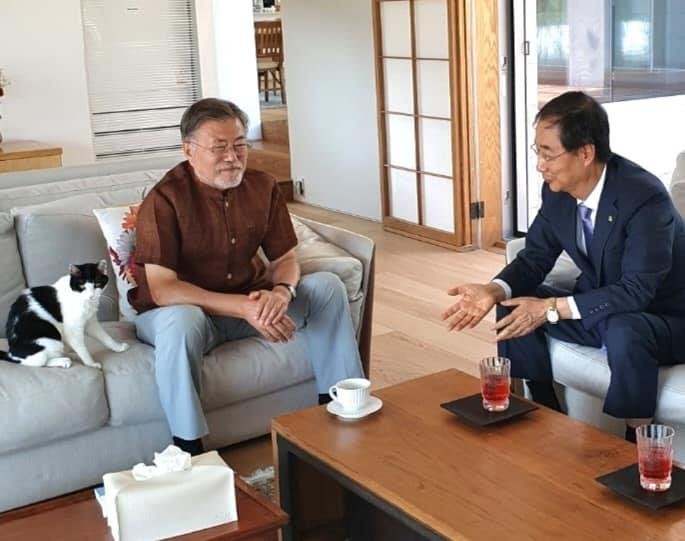