"You heard from Secretary (Antony) Blinken when he was standing next to his South Korean counterpart earlier this week that our approach is to make clear to the DPRK that we harbor no hostile intent. We seek diplomacy and dialogue in order to advance the prospects for the complete denuclearization of the Korean Peninsula," the department press secretary said in a daily press briefing.

"You also heard him (Blinken) saying we have not heard a response from the DPRK. That was a few days ago. There has been no changes to that," he added. 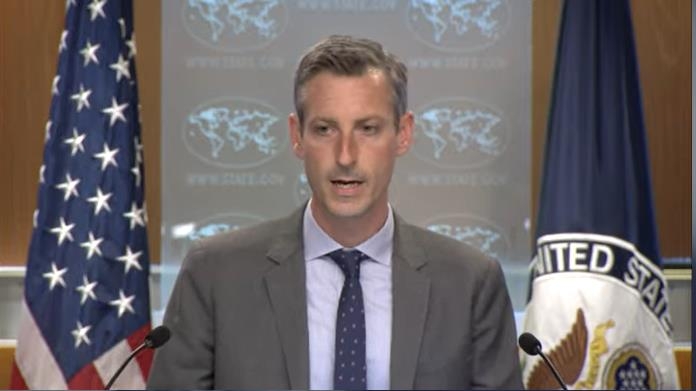 In a joint press conference with South Korean Foreign Minster Park Jin after their meeting here on Monday, the top U.S. diplomat urged Pyongyang to engage in dialogue, saying the U.S. has "absolutely no hostile intent" toward the North.

The call for Pyongyang to engage in diplomacy comes amid growing concerns that the recalcitrant state may soon conduct a nuclear test, which, if conducted, will mark its seventh test.

The South Korean foreign minister has said the North appears to have completed "all preparations" for a nuclear test and that only thing left before an actual test may be a political decision.

Blinken said the U.S. and its allies are preparing for all contingencies that he said could include "short and longer-term adjustments to our military posture" if necessary.