SEOUL, June 17 (Yonhap) -- Up-and-coming star Lee Mu-jin will put out his first EP since his debut four years ago, his agency said Friday.

The 21-year-old singer debuted in 2018 with "Sanchaek" but rose to fame only after appearing on the cable channel JTBC's music audition show "Sing Again" and finishing in third place in 2021.

He later swept music charts around the country with "Traffic Light," his single released in May that year, and sang on the original soundtrack of several popular TV series, including "Hospital Playlist" and "Now, We Are Breaking Up." 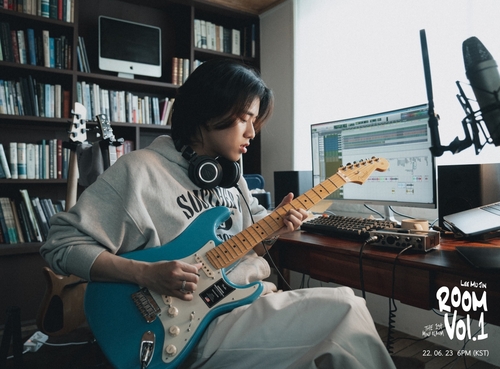