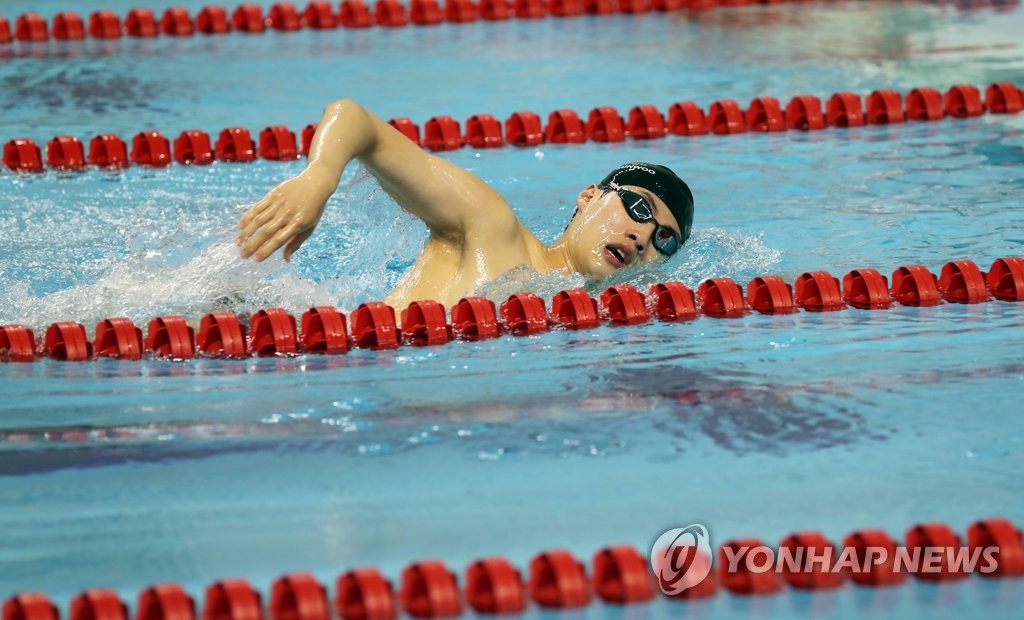 The South Korean delegation arrived in the Hungarian capital Wednesday afternoon. The competition starts with preliminaries in artistic swimming on Friday, and swimming races will begin Saturday.

Hwang is trying to become only the second South Korean swimmer to reach a podium at world championships and join four-time Olympic medalist Park Tae-hwan.

Park captured his first world championships gold medal, in the 400m freestyle, in 2007. He picked up another 400m freestyle world title in 2011 and won bronze in the 200m freestyle that same year.

Hwang's main event is the 200m freestyle, where he holds the world junior record with 1:44.62. He established that mark in the heats at last year's Tokyo Olympics, and he finished seventh in the final for his first major international breakthrough. 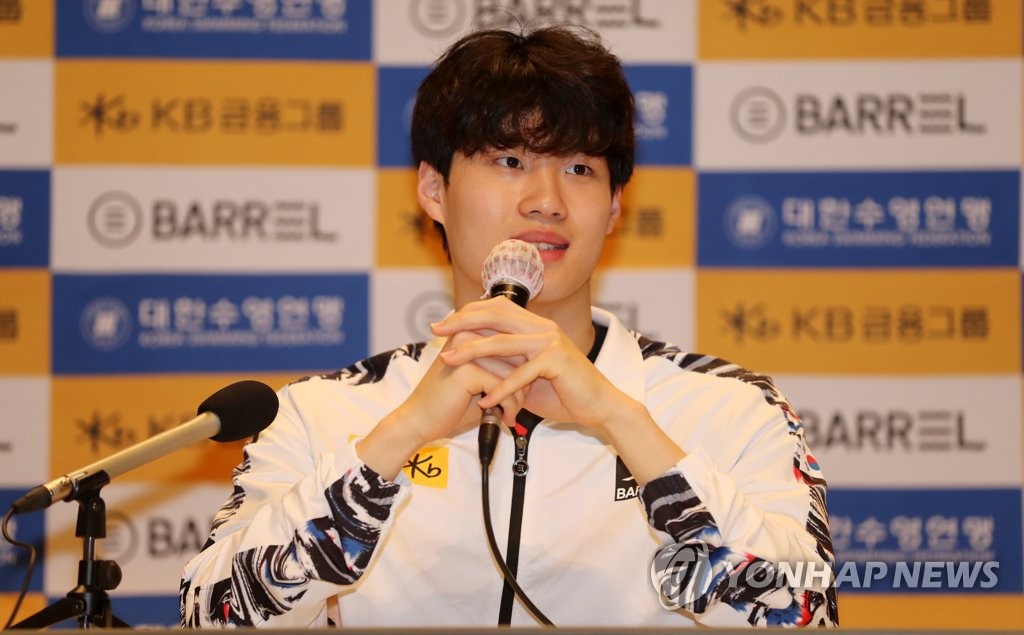 One of the swimmers ahead of Hwang, Duncan Scott of Britain (1:45.54), will miss the worlds while recovering from COVID-19, an absence that should help Hwang's chances in Budapest. 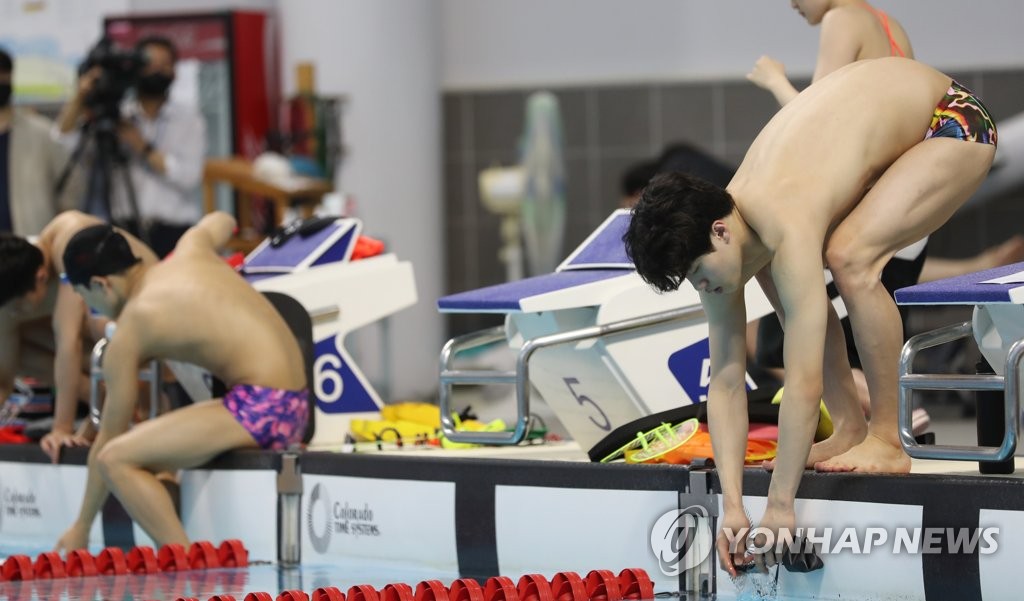 In December last year, Hwang won the 200m free gold medal at the world short course championships, held in a 25-meter pool instead of an Olympic-sized 50-meter pool. Hoping to build on that momentum, Hwang spent six weeks in Australia, starting in April, to train with veteran instructor Ian Pope, who has produced Olympic gold medalists and world champions such as Grant Hackett and Michael Klim. 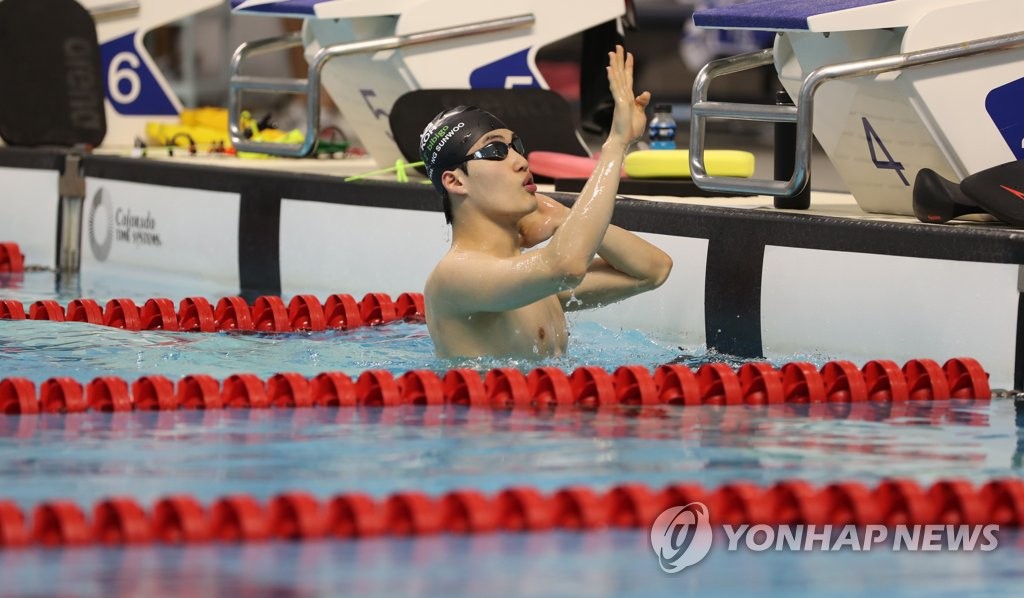 Hwang competed only in the 4x200m freestyle relay at the previous long course worlds in 2019 in the South Korean city of Gwangju.

Hwang's first race in Budapest will be the heats for the 4x100m relay on Saturday. 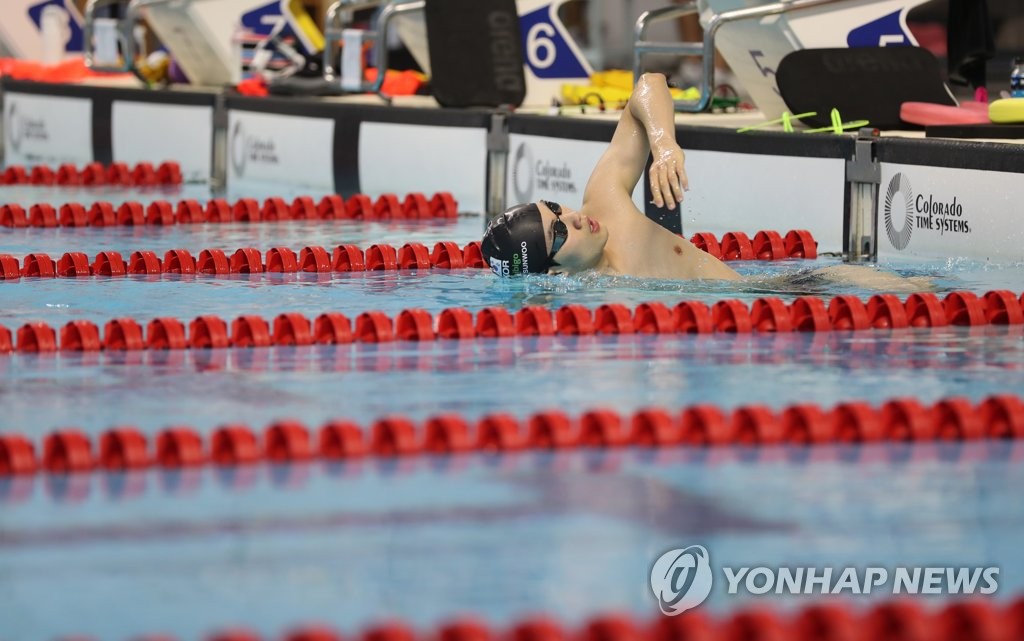