Choi went 0-for-2 with two walks against the New York Yankees at Yankee Stadium in the Bronx on Thursday (local time), as the Rays lost 2-1. 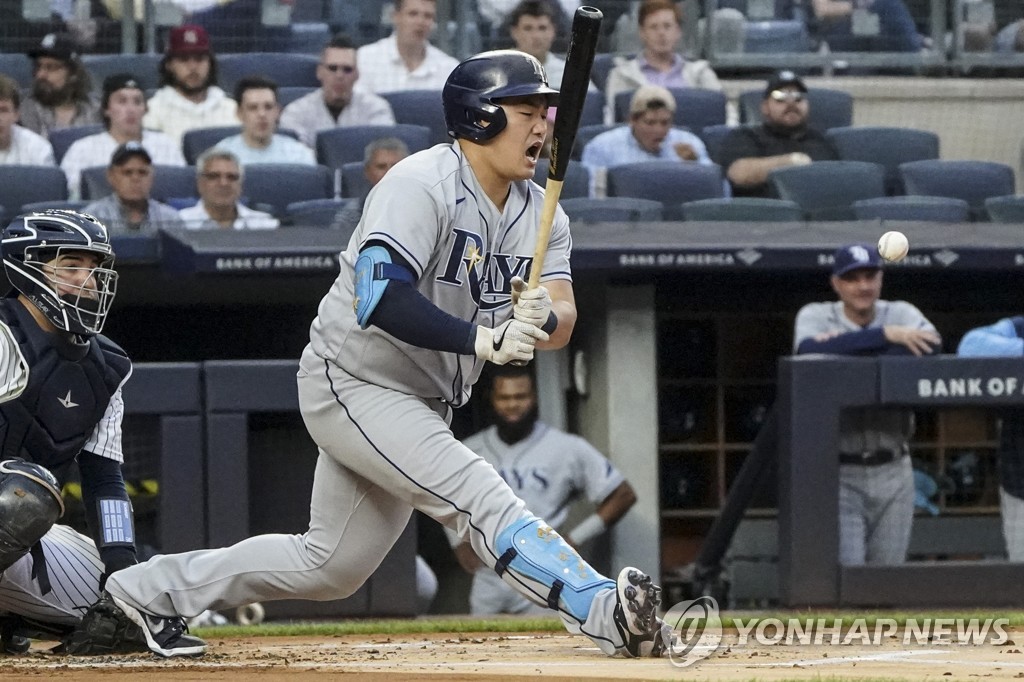 Batting third against emergency starter Clarke Schmidt, Choi drew a walk in the first inning. Then facing reliever Ryan Weber, he grounded out to second in the fourth inning and then to first in the sixth inning.

In his final trip to the plate in the ninth, Choi worked an eight-pitch walk against reliever Michael King.

Despite missing some time earlier in the season, Choi leads the Rays with 32 RBIs in 44 games and is third on the team with five home runs.