SEOUL, June 17 (Yonhap) -- The ruling People Power Party (PPP) said Friday it will launch a task force to reveal the truth behind the 2020 death of a fisheries official, calling for an investigation of former President Moon Jae-in over the case.

The Coast Guard on Thursday apologized for having previously presumed a South Korean fisheries official killed by North Korea's military near the western sea border in 2020 was attempting to voluntarily defect to the North.

Reversing its own previous assumption of the official's possible intention to defect to North Korea, the Coast Guard said it has not found any circumstances suggesting he was attempting to defect.

"The Moon Jae-in administration's announcement was full of problems," said PPP floor leader Kweon Seong-dong at a party meeting. "We will thoroughly investigate who, with what intent, distorted the truth of the killing of a civil servant and sought political benefits." 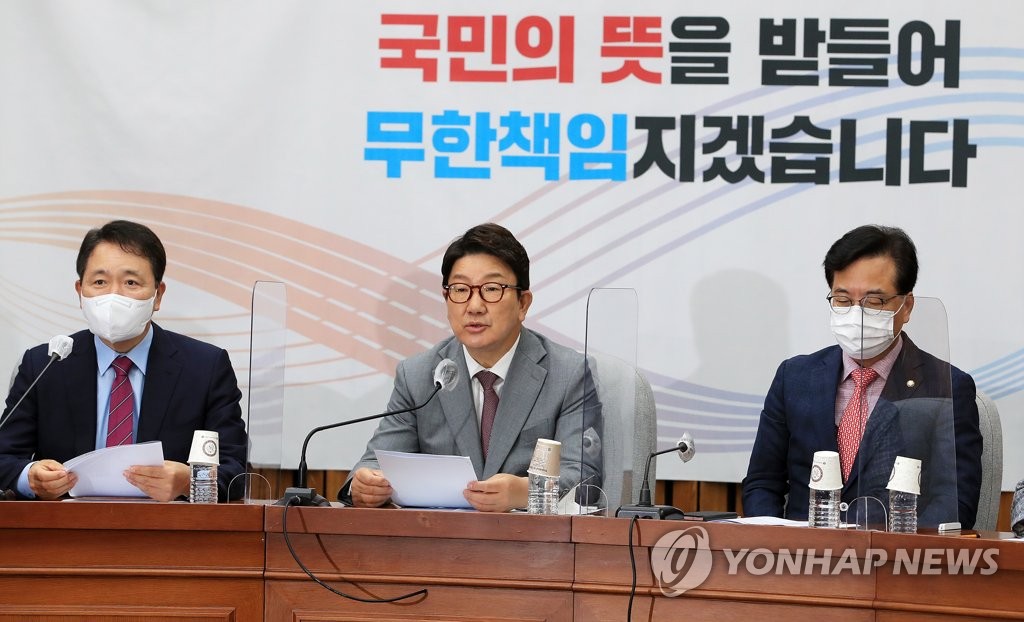 The PPP blamed the Moon government's "submissive attitude" toward the North for the false judgment.

"We must discover the truth of this case that was concealed by the Moon government," PPP lawmaker Kim Seok-ki said. "I urge a full-scale investigation of every related official, including former President Moon."

The PPP also urged the main opposition Democratic Party (DP), which was the ruling party at the time of the incident, to cooperate with the disclosure of key information related to the case.

Key documents have been archived as part of Moon's classified presidential records and cannot be released to the public for 15 years unless two-thirds of lawmakers vote for the disclosure. The DP currently controls the National Assembly with 170 out of 299 seats.

"If the DP is interested in the constitutional value of protecting the people and is aware of its duty, I hope it can agree to the opening of the archives," PPP lawmaker Shin Won-sik said. "Based on that we must find out the substantial truth and strictly punish the people related to the case."

The DP refused to cooperate with the disclosure of the data.

"I am well aware of the case as I received detailed reports as a ruling party lawmaker at the time," DP leader Woo Sang-ho said. "The intelligence agency had reported the case as a defection based on wiretapped information and special information that indicated possible defection and other agencies didn't have such information."

"It is a case where we brought North Korea to its knees, not where we pussyfooted around it," he said.