About 130 family members of Korean War dead were invited to lunch with Yoon and Kim at the War Memorial of Korea in Yongsan, central Seoul, as June is the month of appreciation for patriots and veterans.

Yoon and Kim greeted them before taking them to a room for lunch.

Among the Korean War dead is Ssg. Cho Eung-seong, whose remains were found last October at the White Horse Ridge inside the Demilitarized Zone separating the two Koreas

Ahead of the luncheon meeting, Yoon and Kim paid a silent tribute in front of the stone monument for Cho.

Yoon told the family members that the government will more warmly embrace people of national merit and their bereaved families.

"It is a great honor to serve the families of people of national merit who defended the nation and the values of liberal democracy and human rights with their bodies," Yoon said.

It was the second time this month that Yoon met war heroes and bereaved family members.

Earlier this month, Yoon welcomed a group of war heroes and bereaved family members to the presidential office to demonstrate his commitment to personally take care of them as the commander in chief.

Twenty people, including survivors of North Korea's torpedo attack on a South Korean warship in 2010, were invited to lunch with the president. 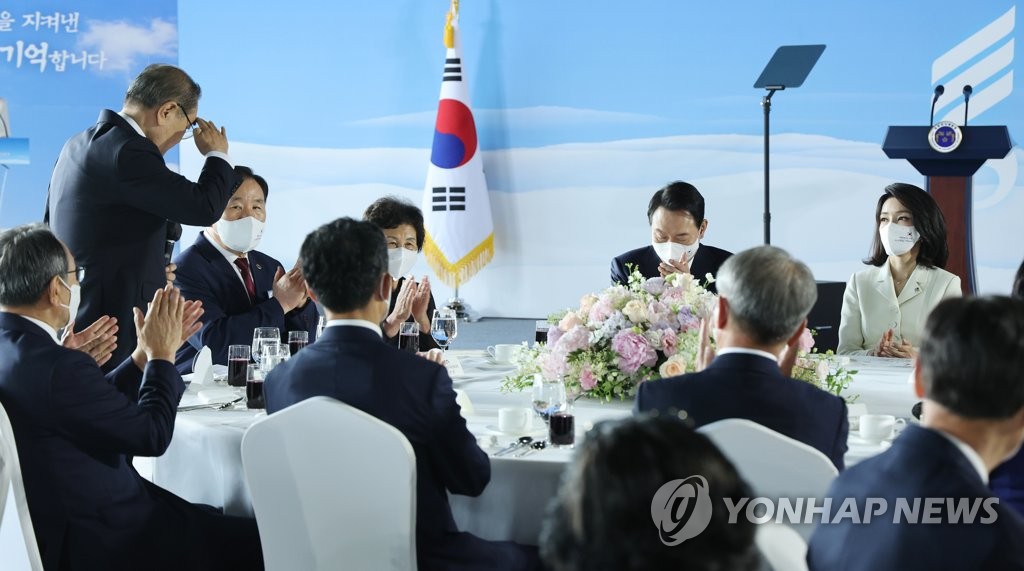