SHENYANG, China, June 18 (Yonhap) -- North Korea's trade with China plunged month-on-month in May after the railroad freight traffic between the two nations was suspended due to the COVID-19 spread in the Chinese border city of Dandong, Beijing's customs data showed Saturday.

North Korea's trade volume with China stood at US$20.31 million in May, sharply down from $102.34 million in April, according to the data from China's General Administration of Customs.

Railroad freight traffic between North Korea and China halted in August 2020 due to outbreaks of COVID-19 in China and resumed in January this year. With the resumption, North Korea's trade volume with China in the first quarter increased 10-fold from a year earlier.

However, railroad freight traffic was suspended again on April 29 due to tightened border controls put in place to stop an outbreak of COVID-19 in China's border city of Dandong. 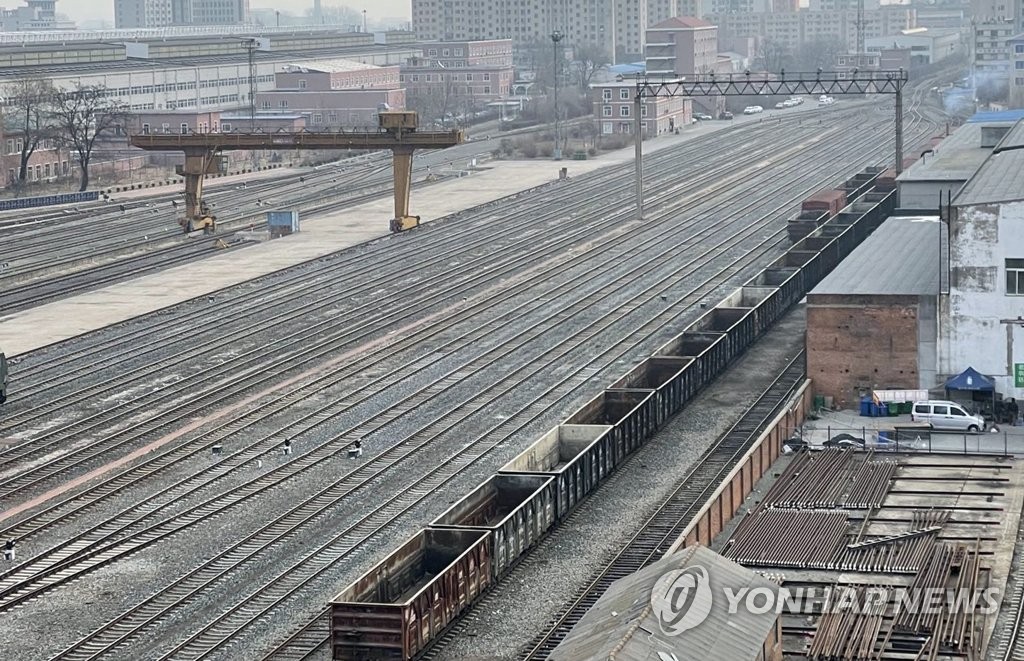