The institute canceled its initial plan to launch Nuri, also known as KSLV-II, last Thursday after a part in the oxidizer tank sensor was seen malfunctioning during a final pre-launch checkup at the launch pad in Naro Space Center in Goheung, a southern coastal village some 470 kilometers south of Seoul.

The launch was rescheduled to Tuesday after aerospace engineers replaced the malfunctioning part.

Nuri will be transported from the assembly building to the launch pad at 7:20 a.m., the aerospace institute decided in a meeting of the flight test committee.

The liftoff is likely to take place at 4 p.m. Tuesday, but the time could change, officials said.

According to the weather agency, no rain has been forecast in Goheung for Monday, and the surface wind speed is expected to be mild at between 1 and 3 meters per second. 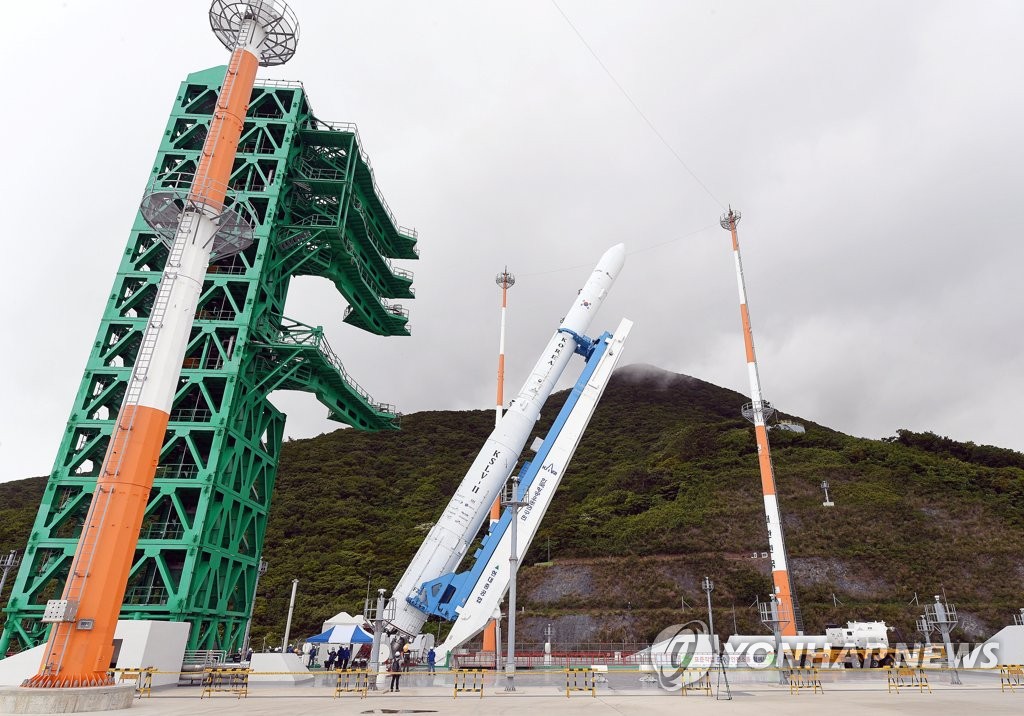