SEOUL, June 20 (Yonhap) -- In danger of fading away in their bid for a sixth consecutive title in South Korean football, Jeonbuk Hyundai Motors rode a rare goal barrage to defeat first-place Ulsan Hyundai FC over the weekend.

Takahiro Kunimoto netted twice as part of Jeonbuk's three-goal explosion in a 13-minute span, helping the five-time defending K League 1 champs to a 3-1 victory on Sunday at Munsu Football Stadium in Ulsan. 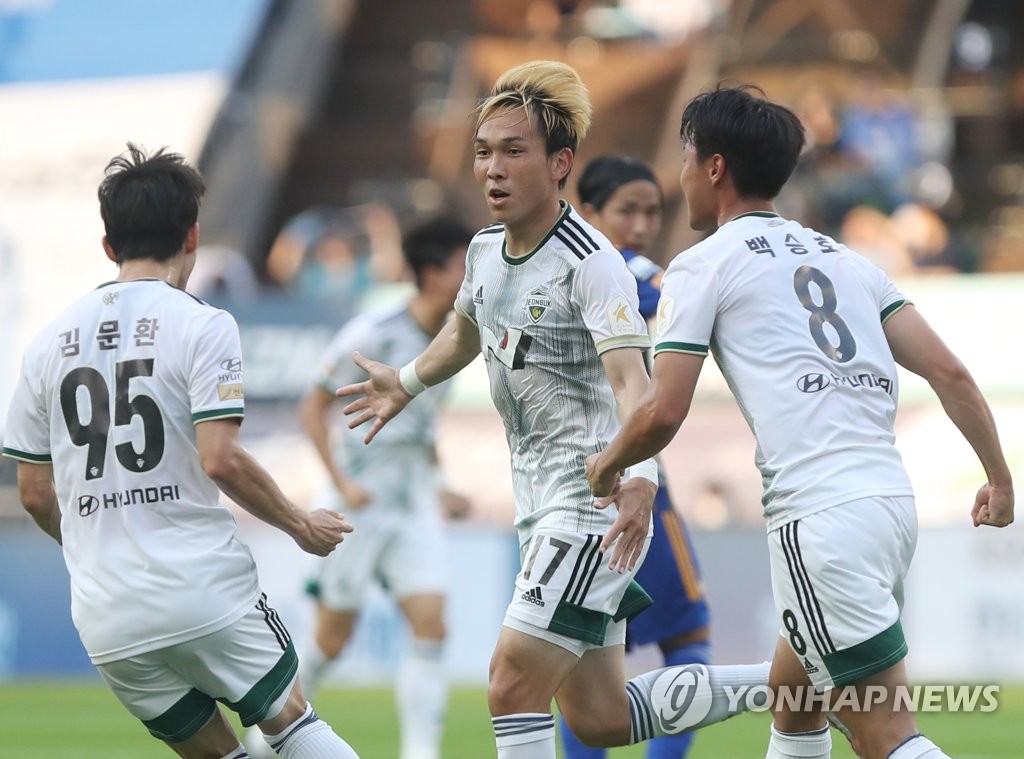 Um Won-sang had the lone Ulsan goal in the 40th minute, but Jeonbuk had already scored their three goals by then.

Ulsan still sit atop the tables with 36 points, and Jeju United, which defeated Incheon United 2-1 on Saturday, are in second place at 29 points. Jeonbuk moved into the sole possession of third place with 28 points.

Jeonbuk hadn't scored more than two goals in a match since April 9, an uncharacteristic drought for a team long known for firewagon offense.

On the flip side, Ulsan gave up more than two goals in a match for the first time all season, and the loss snapped their undefeated run at five matches.

A victory by Ulsan would have kept them in front of Jeju by 10 points and left Jeonbuk trailing by 14 -- by no means insurmountable with 22 matches to go but certainly an uphill climb. 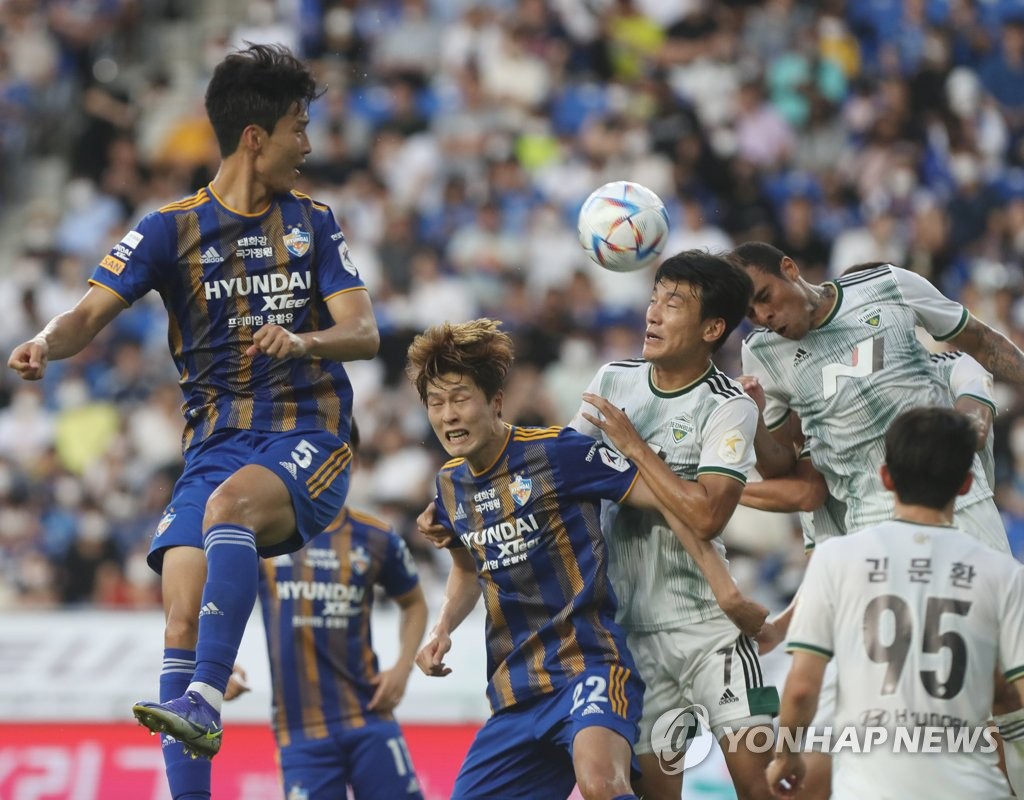 At 10 points, Seongnam FC are five points behind Gangwon FC, a 3-1 loser to Pohang Steelers on Friday, for 11th place.

This was the first set of matches in the K League 1 in June following an international break. The clubs will go right back at it with three matches Tuesday and three more Wednesday. 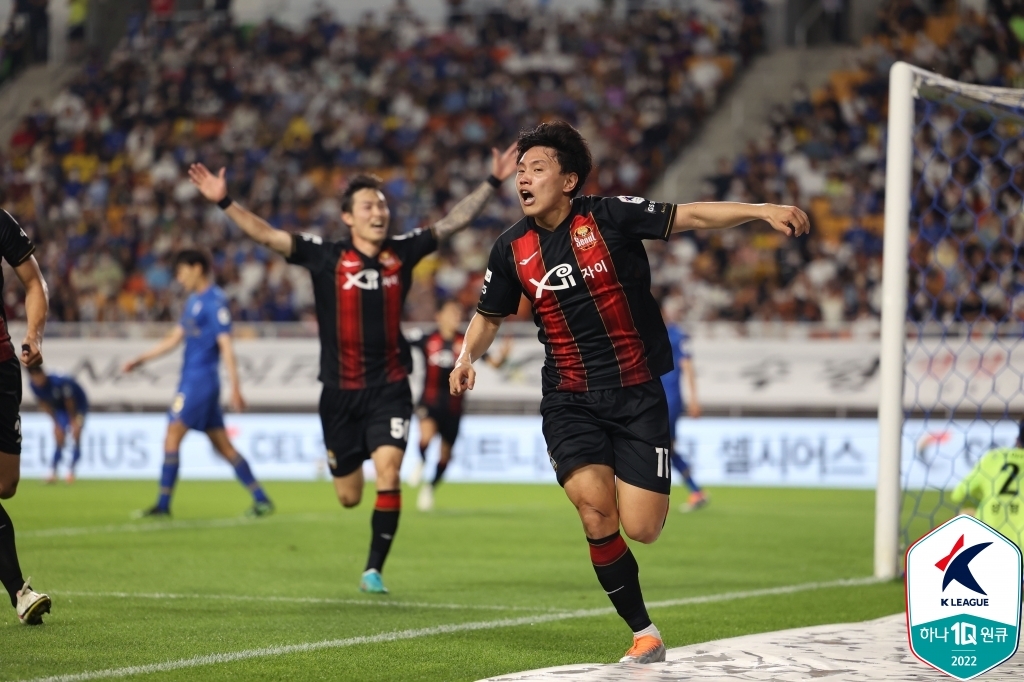 Jeju United will visit Daegu FC at 7:30 p.m. Tuesday, trying to keep the pressure on Ulsan. Pohang, in fourth place with 26 points, will try to enter the top-three mix when they visit Suwon FC on Tuesday, also a 7:30 p.m. kickoff.

Ulsan will be in the nation's capital to take on FC Seoul at 7:30 p.m. Wednesday, while Jeonbuk will host Suwon Samsung Bluewings at 7 p.m. the same evening.

Ulsan have not lost to FC Seoul in their past 10 meetings, recording eight wins and two draws.