The five-day Soaring Eagle exercise began amid lingering tensions caused by North Korea's continued ballistic missile launches and speculation that it has completed preparations for what would be its seventh nuclear test.

The training got under way at the 29th Tactical Fighter Weapons Group in Cheongju, 137 kilometers south of Seoul. It mobilized some 200 personnel and about 70 warplanes, including F-35As, F-15Ks, KF-16s, F-4Es, F-5s, E-737 early warning and control aircraft and CN-235 transport planes, according to the Air Force.

"This exercise is aimed at ensuring we are equipped with capabilities to rapidly respond to enemy provocations, and with the best operational capabilities through the verification of our strike capabilities against high-threat targets," Col. Lee Chul-woo, head of the air force unit, said.

Launched in 2008, the Air Force has conducted the Soaring Eagle twice a year. 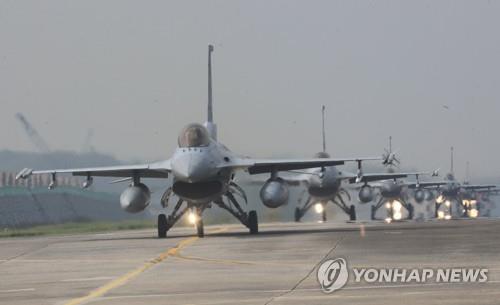