SEOUL, June 20 (Yonhap) -- South Korea on Monday completed the preparatory work for the launch of its homegrown space rocket Nuri, a day before its second attempt to send multiple satellites into orbit.

The Korea Aerospace Research Institute (KARI) erected Nuri, also known as KSLV-II, at the launch pad at Naro Space Center in the southern coastal village of Goheung and finished a pre-launch checkup at around 6:37 p.m.

South Korea had planned to launch the three-stage rocket last Thursday but a technical glitch in the oxidizer tank sensor forced the country to call off the liftoff. A new launch date has been set for Tuesday.

Oh Seung-hyub, director of KARI's launcher propulsion system development division, told reporters that the inspection of the rocket "has proceeded normally," including that of the oxidizer tank sensor, which caused a technical glitch last week.

The science ministry and KARI will hold a launch management committee meeting later in the day to decide whether to proceed with Tuesday's scheduled launch.

The liftoff is likely to take place at 4 p.m., but the exact time is scheduled to be announced at 2:30 p.m. Tuesday. 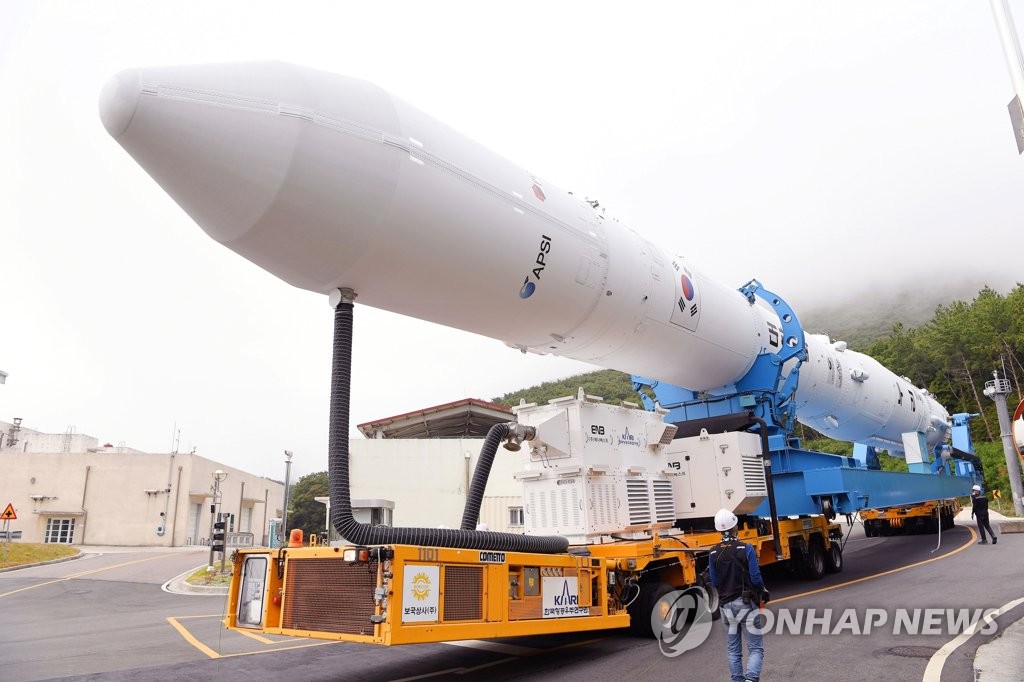 In October, Nuri successfully flew to a target altitude of 700 kilometers but failed to put a dummy satellite into orbit as its third-stage engine burned out earlier than expected.

Nuri will be loaded with a 162.5-kilogram performance verification satellite to test the rocket's capabilities and four cube satellites, developed by four universities for academic research purposes, along with a 1.3-ton dummy satellite. 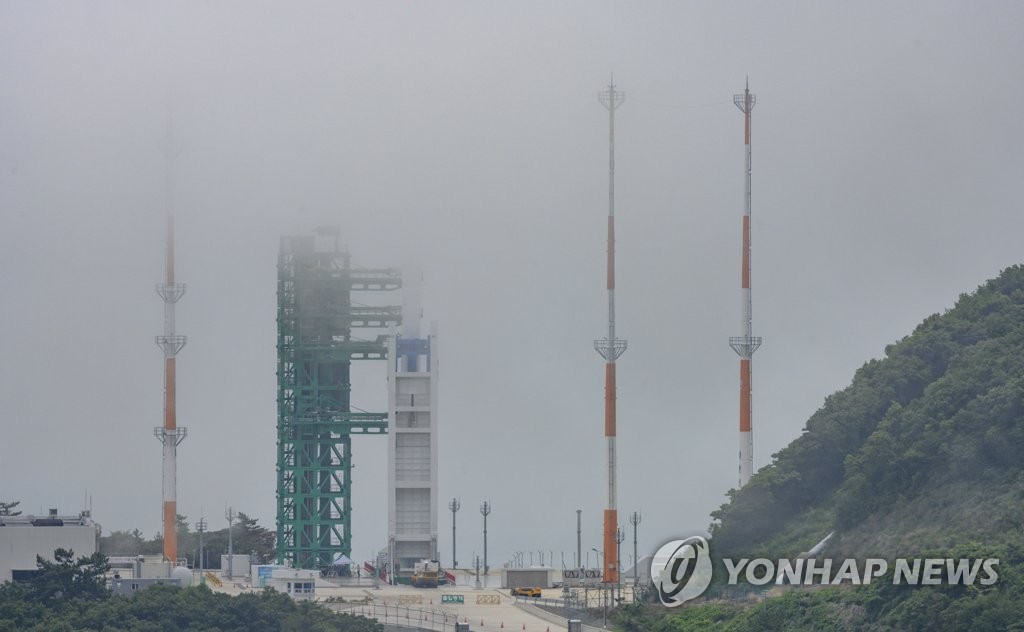