SEOUL, June 20 (Yonhap) -- The family of a fisheries official killed by North Korea in 2020 said Monday that they will lodge criminal complaints this week against three of former President Moon Jae-in's secretaries for obstruction of official duties in connection with an announcement that their loved one may have attempted to defect to the North. 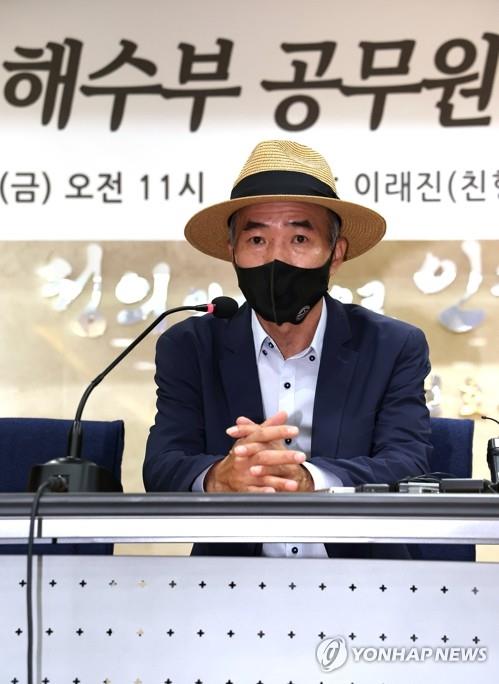 "The complaints will be submitted at 9:30 a.m. on Wednesday," said the elder Lee on his Facebook page, accusing the three of pressuring the Coast Guard and the defense ministry two years ago to publicly state that the official could have intended to defect to North Korea.

He also said the bereaved family has lost no time in proceeding with the criminal complaints as Suh is scheduled to depart for the United States.

The 47-year-old official was fatally shot by the North's military on Sept. 22, 2020, near the inter-Korean maritime border in the Yellow Sea, after going missing the previous day while on duty on board a fishery inspection boat. The Coast Guard and the defense ministry announced at the time he could have been attempting to defect to the North.

But the two organs said last Thursday that they have not found any circumstances backing their previous announcements, with the defense ministry, in particular, saying it had received guidance on answering media questions on Lee's death from Suh's office on Sept. 27, 2020.

"The subjects of the suits were selected after consultations between the family and lawyers," the elder Lee told Yonhap by phone. "The three seemed the most heavily involved in the case judging from various suspicions raised by the media."

Regarding the reason why Moon was excluded from the planned legal action, the brother said Moon is the most symbolic person and a complaint against the former president could be filed after the allegations against the three former officials are clarified to some extent.