SEOUL, June 20 (Yonhap) -- The presidential office is reviewing Japan's proposal for a four-way summit with the leaders of Australia and New Zealand on the sidelines of a NATO gathering in Spain next week, an official said Monday.

President Yoon Suk-yeol is scheduled to attend a summit of the North Atlantic Treaty Organization in Madrid from June 29 to 30 on his first overseas trip as president.

South Korea is not a member of the military alliance but has been invited as a partner nation, along with countries such as Japan, Australia and New Zealand.

Japan's Yomiuri Shimbun carried a report the same day saying the Japanese government is considering holding such a summit as a way to express the four countries' opposition to China's assertiveness in the East and South China Seas, among other matters. 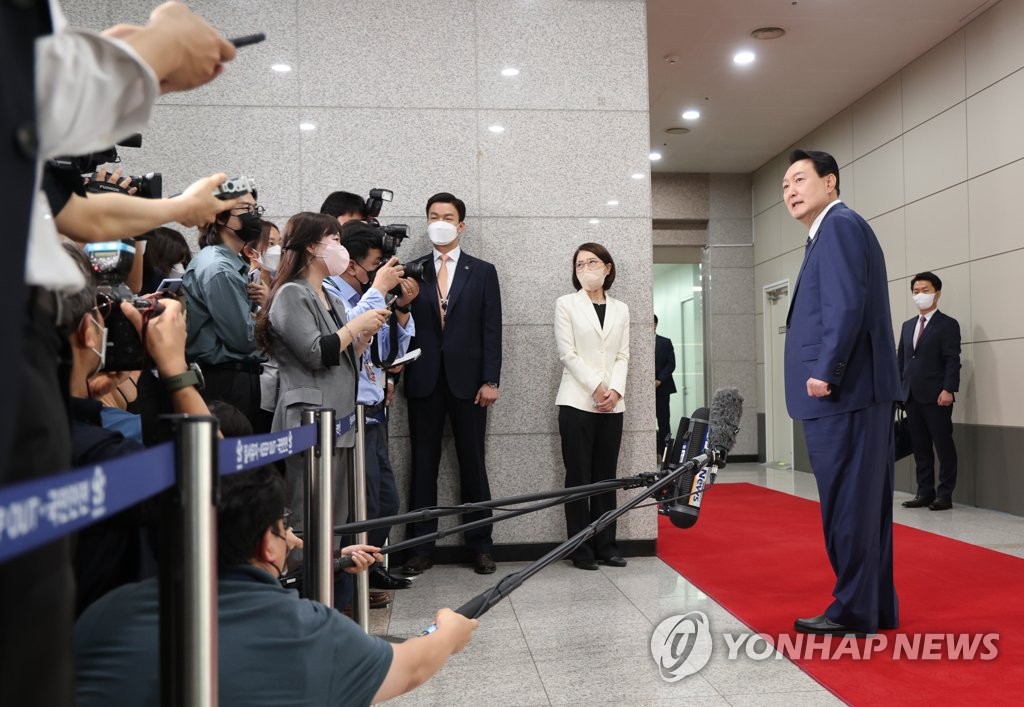