SEOUL, June 21 (Yonhap) -- South Korea's new COVID-19 cases stayed below 10,000 for the 12th day Tuesday, marking a steady decline in the virus curve amid the slowdown in the omicron spread.

The country added 9,310 new COVID-19 infections, including 76 from overseas, bringing the total caseload to 18,289,373, the Korea Disease Control and Prevention Agency (KDCA) said.

The latest tally is more than double the previous day's 3,538, but the daily counts tend to fall sharply on Mondays due to fewer tests before climbing back on Tuesdays.

The public health agency reported 12 deaths from COVID-19, putting the death toll at 24,463, with the fatality rate standing at 0.13 percent.

The number of critically ill patients came to 68, down from 72 the previous day.

As of 9 p.m., the country had reported 8,552 new infections, down 234 from the same time a day earlier, according to local governments and health authorities.

South Korea has managed to bring down the daily infection numbers at a steady pace, after the country suffered the worst wave, infecting more than 620,000 people in one day, in March.

The weekly number of critically ill patients fell 19.4 percent to 50 last week from a week earlier, with the death toll coming in at 76, down 32.7 percent in the same period, the KDCA said.

Yet the government remains cautious about relaxing more virus curbs over prevailing risks of another virus resurgence. It decided to maintain the seven-day self-isolation mandate for COVID-19 patients until July 17, a second extension after putting off the plan once in late May.

South Korea removed most social distancing restrictions, except the outdoor mask mandate, in mid-April amid efforts to restore pre-pandemic normalcy.

Health officials say weekly deaths should stay under 100 and the fatality rate needs to fall below 0.1 percent for the isolation rule to be lifted. 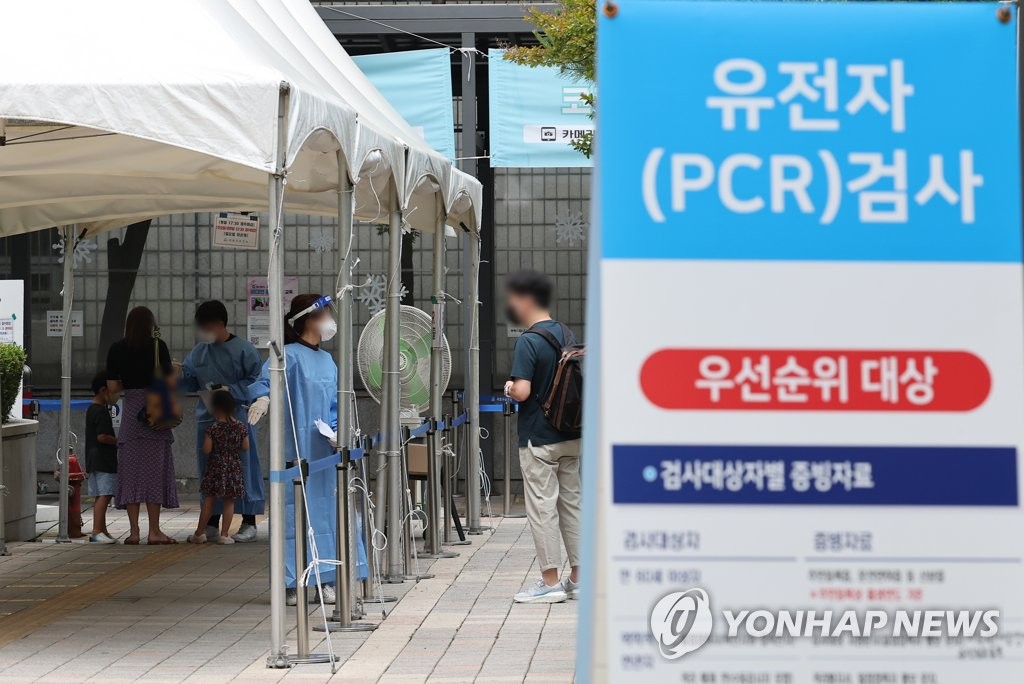