South Korea's Vice Defense Minister Shin Beom-chul had discussions with Deputy Secretary Justin Hayhurst at the Australian Department of Foreign Affairs and Trade on the security situations in the Indo-Pacific region, it said.

During the meeting, Shin said South Korea and Australia, which share common values, such as democracy, need to work closely to promote stability in the region.

Hayhurst shared the same view on the need to strengthen bilateral and multilateral cooperation among "like-minded" nations, according to the ministry.

Shin also expressed his gratitude to Australia for backing the U.N. Security Council resolutions on North Korea and continuing efforts to help resolve the problem of its nuclear threats.

In response, Hayhurst reaffirmed that Australia will offer every form of support for global efforts for the denuclearization of Korea, the ministry added. 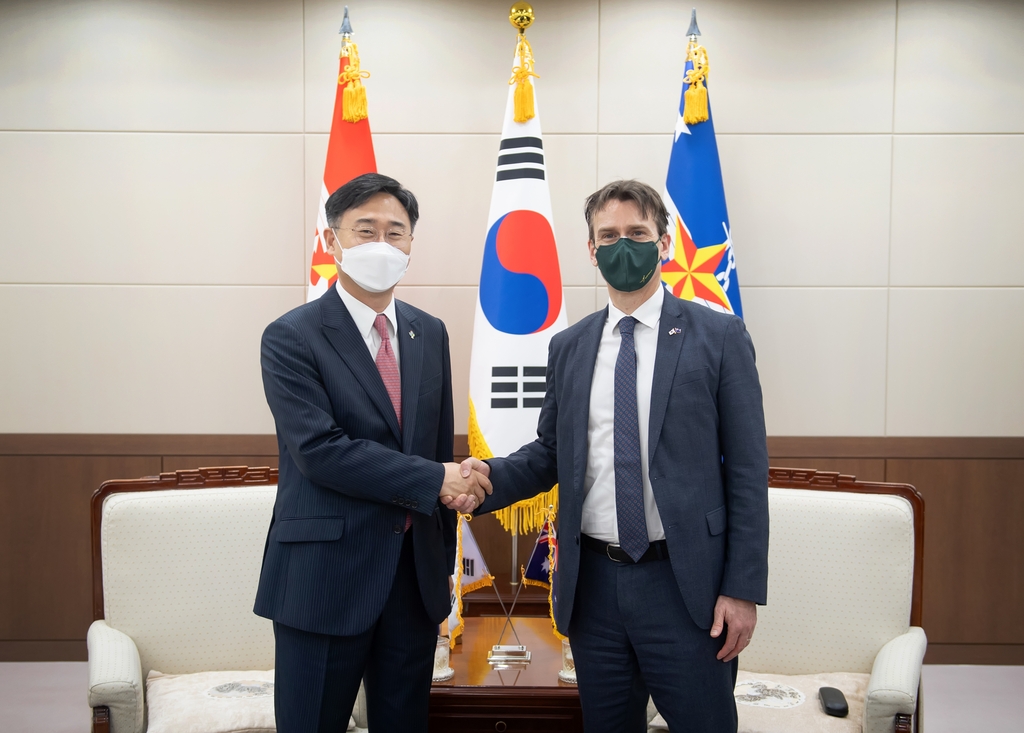