SEOUL, June 21 (Yonhap) -- Heads of professional baseball in South Korea and the United States both see the need for growing the sport through international events, including holding games on each other's turf, the South Korean league office said Tuesday.

According to the KBO, the two leaders shared the view that baseball needs more international events to strengthen its position in the global sporting landscape. Heo and Manfred both recognized the importance of holding KBO Opening Day games in the U.S. and hosting MLB Opening Day games in South Korea. 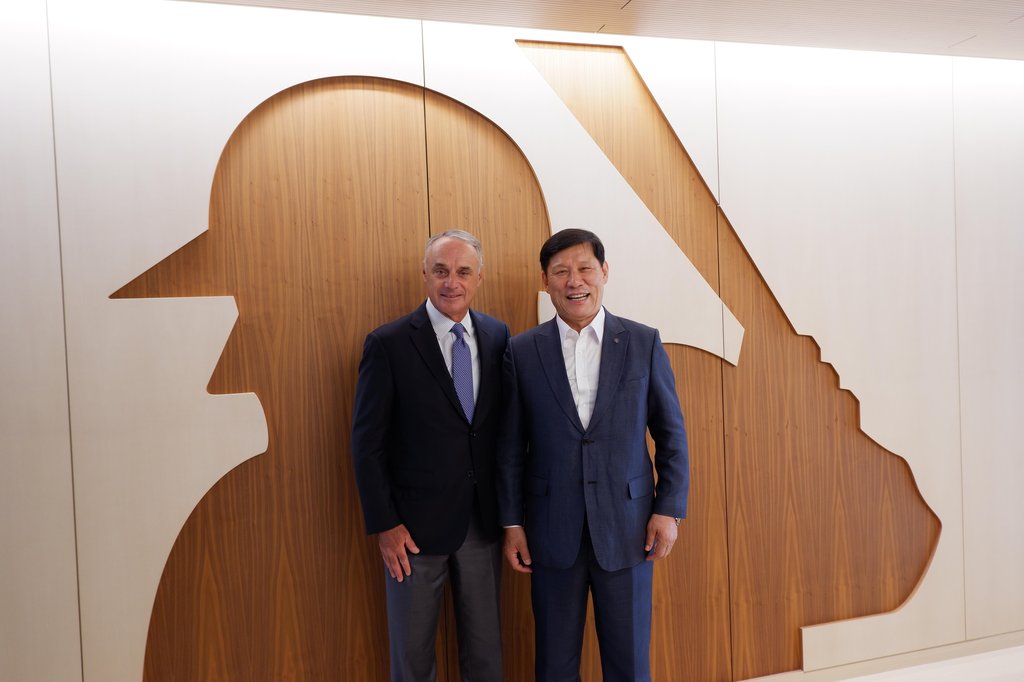 Heo had made the same proposal in May in his Seoul meeting with Jim Small, MLB's senior vice president for international affairs.

Heo was accompanied on the trip by CEOs of KBO clubs. They met with senior MLB executives, who updated the visiting officials on the progress of the automated ball-strike system in use in the minor leagues and other rule changes being tested there.

The KBO said Heo, while in New York, met with executives of the New York Yankees and the New York Mets, and discussed with them ways in which the KBO can apply some of the two clubs' marketing strategies.