During the meeting held at Lee's office in Seoul, the minister said that the security situation surrounding the Korean Peninsula is "graver than ever" due to the continued provocations from North Korea and stressed that the U.S. Pacific Fleet plays a pivotal role in countering such threats.

He added that Seoul has been striving to expand its own role in maintaining regional peace and security, as shown in its plan to participate in a U.S.-led Rim of the Pacific Exercise (RIMPAC) scheduled to run from June 29 through Aug. 4 in waters off Hawaii.

Paparo described cooperation between the navies of the two countries as one of the most successful examples of the alliance and vowed continued efforts to bolster the partnerships.

The admiral was on his third visit to Seoul since assuming the post in May of last year. He also plans to meet with Joint Chiefs of Staff Chairman Gen. Won In-choul and Chief of Naval Operations Adm. Lee Jong-ho. 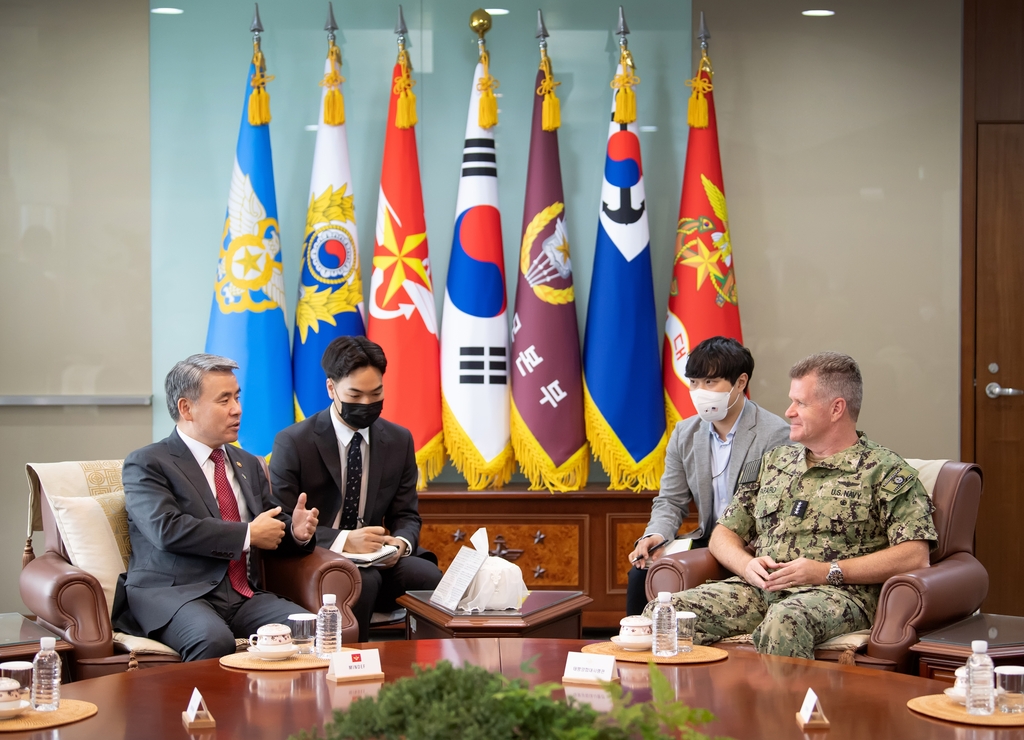