Kwon extended the overture during his first press conference since taking office last month, citing the recent appointment of Ri Son-gwon, the North's former foreign minister, as the head of the United Front Department (UFD) in charge of cross-border relations. Choe Son-hui was promoted to the post of foreign minister, replacing Ri, in a reshuffle Pyongyang announced on June 11 following a key Workers' Party meeting.

"I will try harder to shift the currently chilled inter-Korean ties into a phase of dialogue," Kwon said. "As unification minister, I am willing to meet with the head of UFD, Ri Son-gwon, any time in any format." 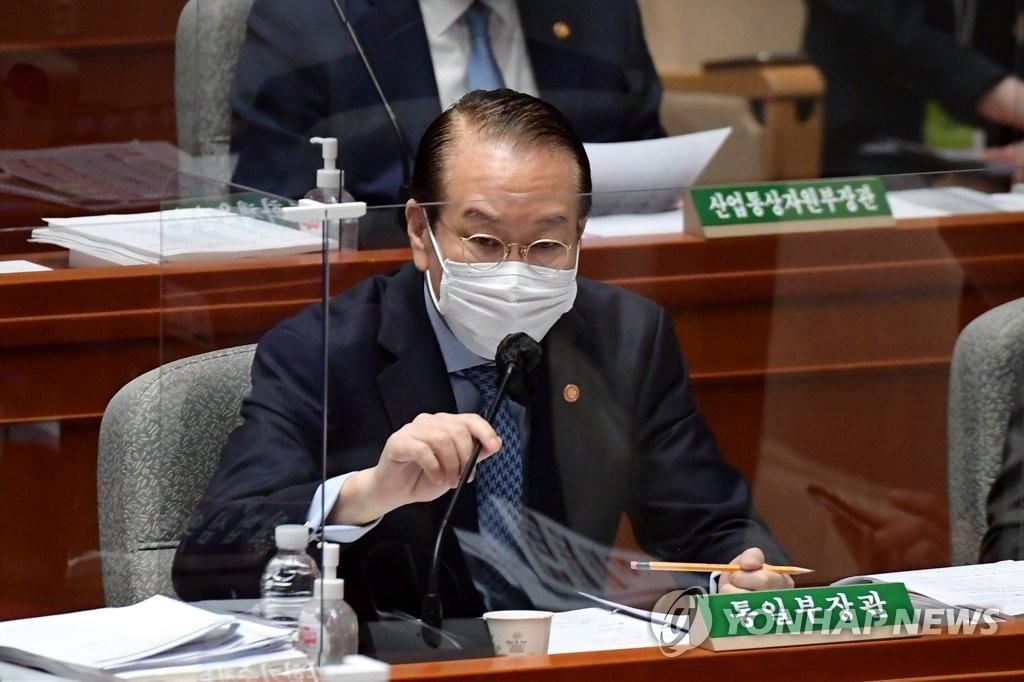 If realized, the two sides could discuss a broad range of issues from the nuclear issue to talks on cooperation on healthcare, a senior ministry official said later on condition of anonymity.

"Some observers say that the appointment of Ri Son-gwon and Choe Son-hui, known for their hard-line stance (on Seoul and Washington), could mean a further chill in relations. But as they have experience leading negotiations with the U.S. and South Korea, a completely different picture is also possible," he said.

The official, however, stressed that Kwon's remarks do not necessarily suggest that he is making an "official" offer of dialogue to the North.

"We're not even saying whether it's official or not," he said. "We're just saying that let's meet first to discuss any issue related to the two Koreas."

On the odds of the North carrying out another nuclear test, Kwon said Pyongyang appears to be "physically ready" and is waiting for a last-minute "political decision" to do so. He was responding to news reports that the North has completed preparations at its northeastern testing site in Punggye-ri.

The minister added that he thinks the nuclear testing could be carried out "all of a sudden" or it may go even "further past March next year."

The South Korean government is reviewing an option of imposing its own sanctions on the North in case of its nuclear testing, Kwon said.