The 200-ton Nuri blasted off from the Naro Space Center in the southern coastal village of Goheung and successfully placed a satellite into orbit, reaching a major milestone in the country's space program.

"Now, a path to space has been opened from the Republic of Korea," Yoon told researchers involved in the launch in a video conference.

"It is the result of overcoming tough challenges over 30 years. Now the people of the Republic of Korea, and the dreams and hopes of our young people, will reach out to space," he said after watching the launch from his office in Seoul with several aides.

The president thanked all officials involved in the launch and called for joint efforts to make South Korea a leading aerospace nation.

"As I said in my campaign pledge, the government will establish an aerospace agency and systematically support the aerospace industry," he said. 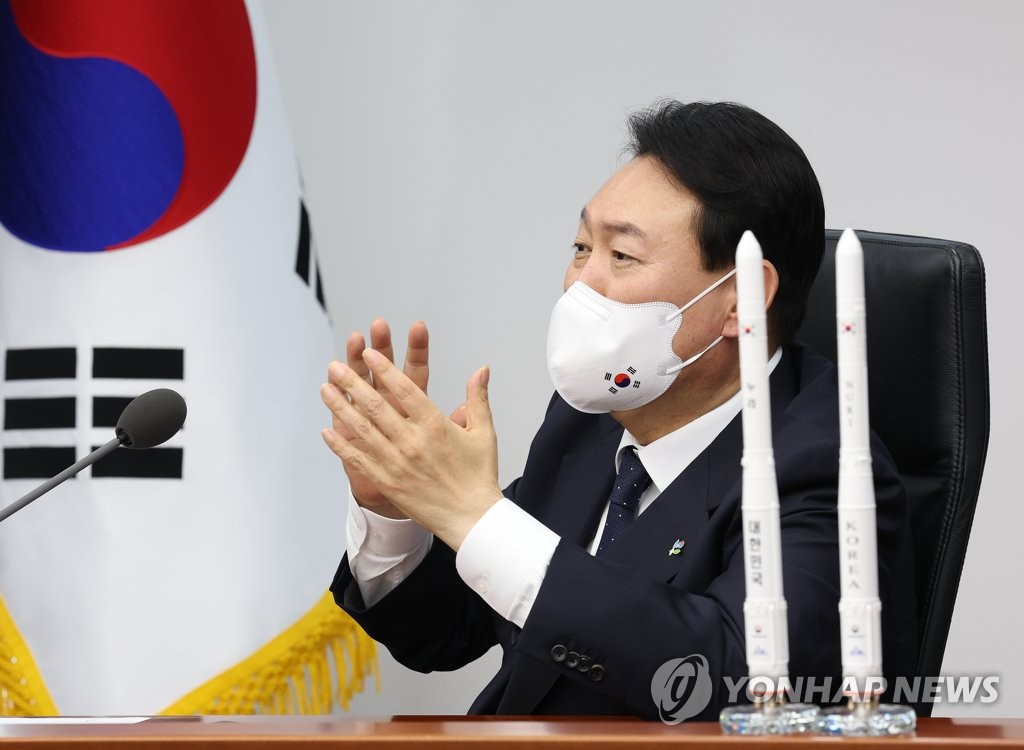 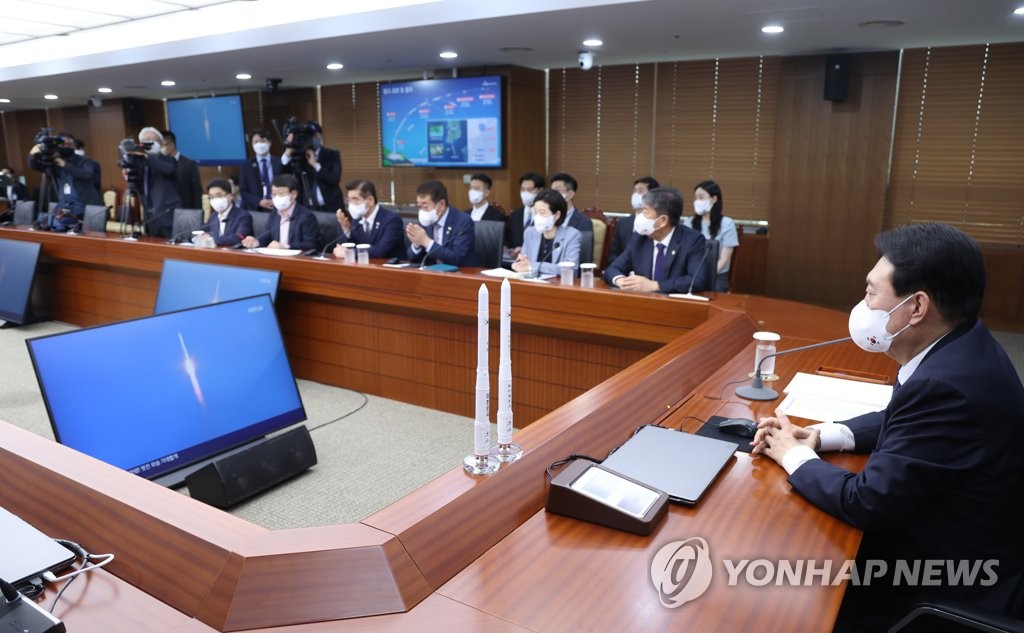