SEOUL, June 22 (Yonhap) -- North Korean leader Kim Jong-un has presided over a major party meeting to discuss the country's military line and defense policies, state media reported Wednesday amid keen attention on whether or when the unpredictable regime will carry out another nuclear test.

The third enlarged meeting of the eighth Central Military Commission (CMC) of the ruling Workers' Party opened the previous day in order to "review the overall work for national defense in the first half of the year," according to the official Korean Central News Agency (KCNA).

The event, the first of its kind since June last year, appears intended to tighten discipline within the military. Earlier this month, the North carried out a major reshuffle of its top military officials.

It may also offer a clue to the timing of the North's nuclear testing, which the intelligence communities of South Korea and the United States view as imminent. They said Pyongyang seems to have completed technological preparations, with a relevant team waiting for a political decision by Kim. 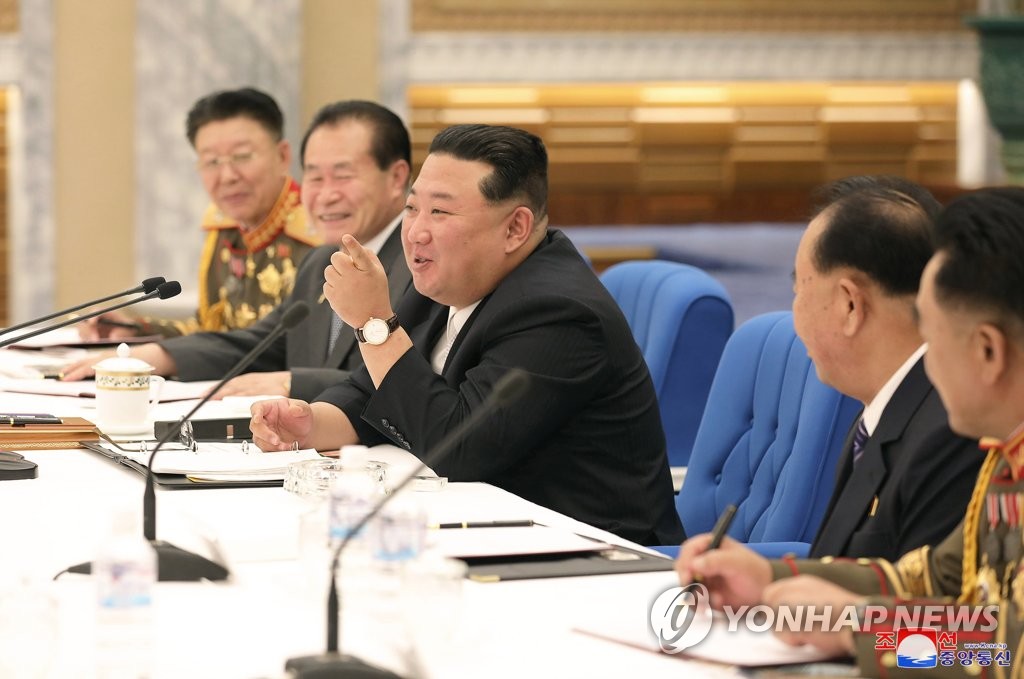 Among agenda items of the session is the "issue of confirming the crucial and urgent tasks to build up national defense and thoroughly implementing the military line and key defense policies of the Party," the KCNA said.

Also to be discussed is the "military and political activities of the Ministry of National Defence, the General Staff of the KPA, the KPA Committee of the WPK, commanding officers, staff sections and political departments of the KPA units at all levels, and the Party organizations of the armed forces organs, before deciding on the important strategic and tactical tasks to be fulfilled by the KPA." KPA stands for the Korean People's Army.

The KCNA did not specify when the meeting will end. The reclusive North has a track record of carrying out strategic provocations, including a nuclear experiment, not long after such a high-profile party session chaired in person by the all-powerful leader.

The North is also expected to use this week's meeting for follow-up discussions and decisions on its state policy direction unveiled during a key ruling party meeting earlier this month.

At the fifth enlarged plenary meeting of the party's eighth Central Committee, Kim called for stronger "self-defense" measures to tackle "very serious" security challenges and reaffirmed the principle of "power for power and head-on contest."

The CMC "started the discussion on the presented agenda items," the KCNA reported, suggesting that the meeting will likely continue for a few days.

It is unprecedented for Kim to have convened a CMC meeting for at least a two-day run, Cheong Seong-chang, director of the Seoul-based center for North Korean studies at the Sejong Institute, said. 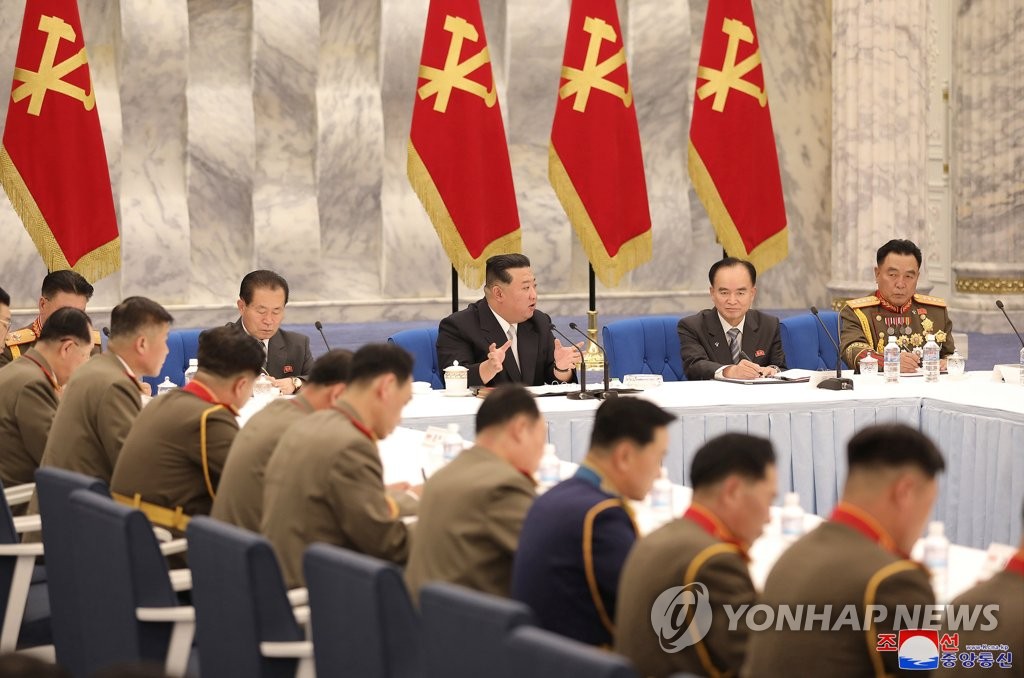