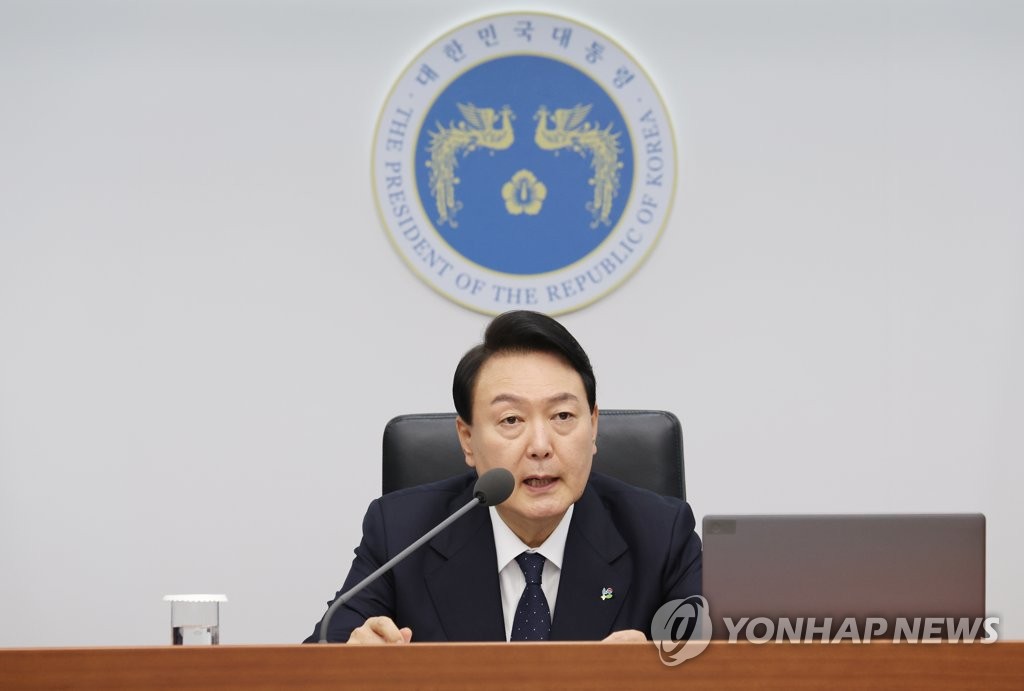 Yoon also told health authorities "to be fully ready to swiftly deploy the available vaccines and treatments to the medical front-lines and to complete the introduction of third-generation vaccines and antiviral treatments against monkeypox as soon as possible," the official said.

Health authorities have been conducting diagnostic tests on the two suspected cases and are expected to announce the results later Wednesday.

One of the suspected patients is a foreigner who arrived in the country Monday, while the other is a South Korean national who arrived Tuesday, they said.

The foreign national was admitted to a hospital in the southeastern city of Busan after complaining of a sore throat, skin lesions and other possible symptoms of the monkeypox virus.

The South Korean arrived at Incheon International Airport from Germany around 4 p.m. Tuesday and reportedly showed symptoms two days before arriving. The person has been admitted to Incheon Medical Center in Incheon, west of Seoul.

(LEAD) Yoon calls for strengthening measures against inflow of monkeypox

(LEAD) Yoon calls for strengthening measures against inflow of monkeypox