Yoon made the remark after touring a nuclear reactor factory owned by Doosan Enerbility in Changwon, 300 kilometers southeast of Seoul.

"Our nuclear power plants are recognized for their world-class technology and stability," Yoon said during a meeting with industry and government officials at the Doosan Enerbility headquarters. 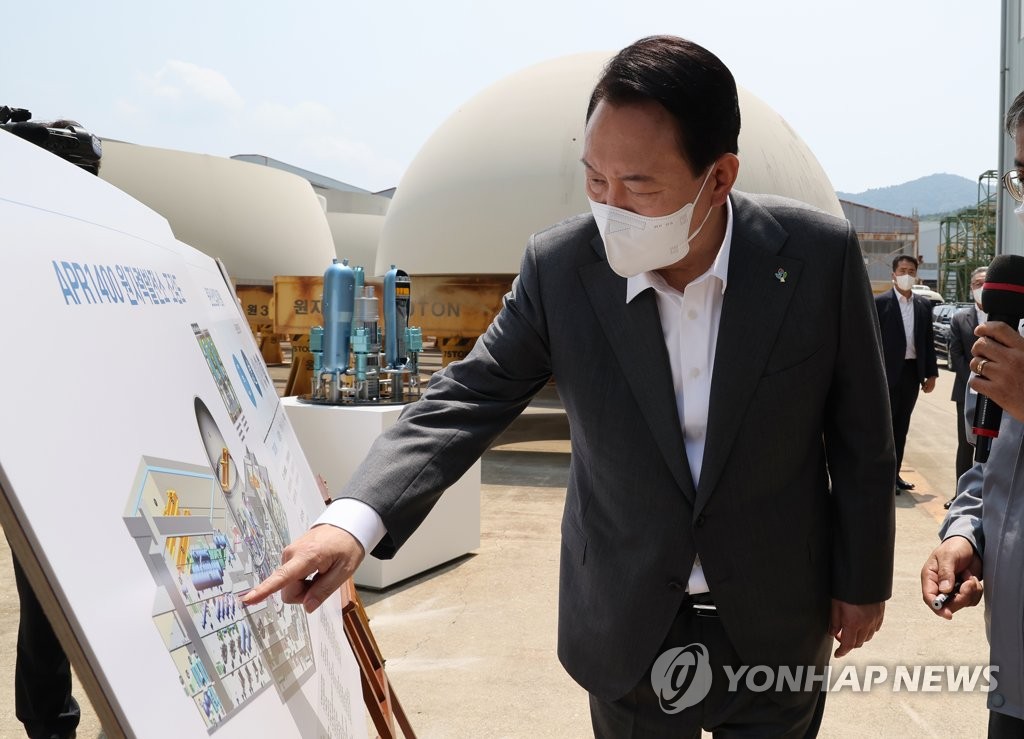 "The competitiveness of our nuclear plant businesses lies in our ability to construct on time and on budget, which no other company in the world can imitate," he said.

Yoon took a swipe at the previous Moon Jae-in administration, saying "had we not been foolish over the past five years and further reinforced the nuclear power ecosystem, we probably would not have any competitors now."

Still, the president noted the door to the nuclear power plant export market is "wide open" and that countries such as Saudi Arabia, the Czech Republic, Poland and the United States recognize nuclear power as a key energy source on the path to carbon neutrality.

"We've set our policy direction," he said, referring to his plans to scrap the nuclear phase-out policy and rebuild the nuclear energy sector.

"It's not just the direction that's important, but quickly putting it on track," he added. "The government will provide active assistance so that the industrial sites and factories in Changwon, the hub of the nuclear power ecosystem, can bounce back and all of you can be excited to work."