The Korea Augmentation Satellite System, the country's first satellite-based augmentation system, is scheduled to be launched from a space center in Kourou, French Guiana, at 6:03 a.m. Thursday (Seoul time), according to the Ministry of Land, Infrastructure and Transport.

For the system, South Korea leased Malaysia's MEASAT-3d communication satellite for 15 years, and it will be equipped with a repeater, according to the ministry.

The system is meant to augment GPS signals to correct errors and improve positioning accuracy on a real-time basis, which is expected to benefit various location-based service sectors, including aviation, transportation, unmanned aerial systems and automatic driving.

The government plans to begin a pilot service in around December before its full operation next year, according to the ministry.

The KASS is the world's seventh geosynchronous satellite system officially registered with the International Civil Aviation Organization, after the United States, the European Union, India, Japan, Russia and China.

"The launch is expected to boost safety and efficiency of flight operations and to further technological development in various industries," Land Minister Won Hee-ryong said. 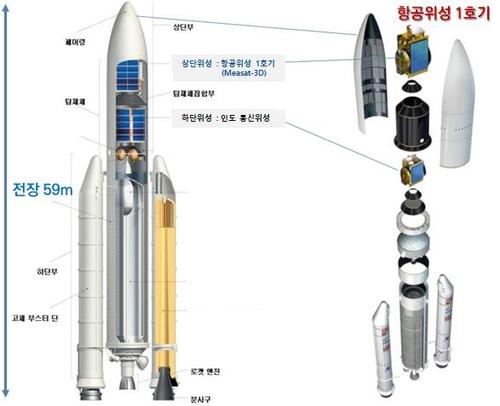