SEOUL, June 22 (Yonhap) -- Negative public evaluations for President Yoon Suk-yeol have surpassed positive marks for the first time since his inauguration in early May, according to a poll released Wednesday.

In the survey of 1,004 adults nationwide conducted by pollster Rnsearch from Saturday to Tuesday, 47.6 percent evaluated Yoon's job performance positively, marking a decline of 4.9 percentage points from a week earlier.

Negative evaluations for the conservative president rose by 4.9 percentage points to 47.9 percent in the same period, the pollster said.

The 0.3 percentage-point gap is within the margin of error, but it is the first time since Yoon's May 10 inauguration that his negative evaluations have exceeded his positive ones.

The pollster speculated that falling stock prices, high inflation and fears of an economic slump may have negatively affected Yoon's approval rating.

The poll has a margin of error of plus or minus 3.1 percentage points with a confidence level of 95 percent. 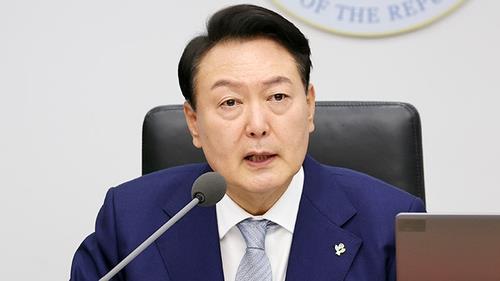