SEOUL, June 23 (Yonhap) -- This seems to be a good time to start throwing around cliches about championship mettle and pedigree in South Korean football.

Jeonbuk Hyundai Motors, five-time defending champions in the K League 1, have climbed to second place behind Ulsan Hyundai FC, only the second time all season that they've been this high in the league tables.

Jeonbuk defeated Suwon Samsung Bluewings 2-1 at Jeonju World Cup Stadium in Jeonju on Wednesday for their first victory at home since the season opener on Feb. 19. They had recorded three draws and three losses on home turf in the six ensuing matches, before defenders Hong Jeong-ho and Kim Moon-hwan scored a goal apiece to end the drought Wednesday. 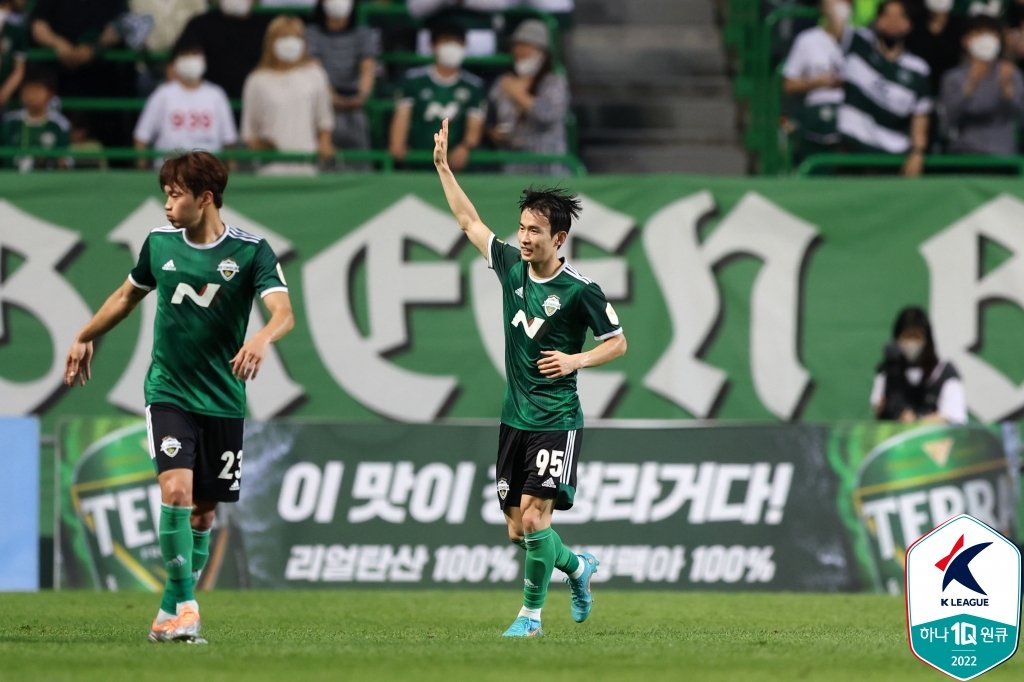 Jeonbuk improved to 31 points, leapfrogging Jeju United, which remained stuck at 29 points after losing to Daegu FC 1-0 on Tuesday, into second place. Jeonbuk had beaten Ulsan 3-1 on Sunday to add a bit more intrigue to the title race, and they showed on Wednesday they aren't going anywhere.

"The guys gave 120 percent today. We're happy to finally win in front of our supporters," Jeonbuk head coach Kim Sang-sik said, reaching into his own bag of cliches. "We've cut down on mistakes lately, and this win gives us confidence that we can keep playing well at home the rest of the way." 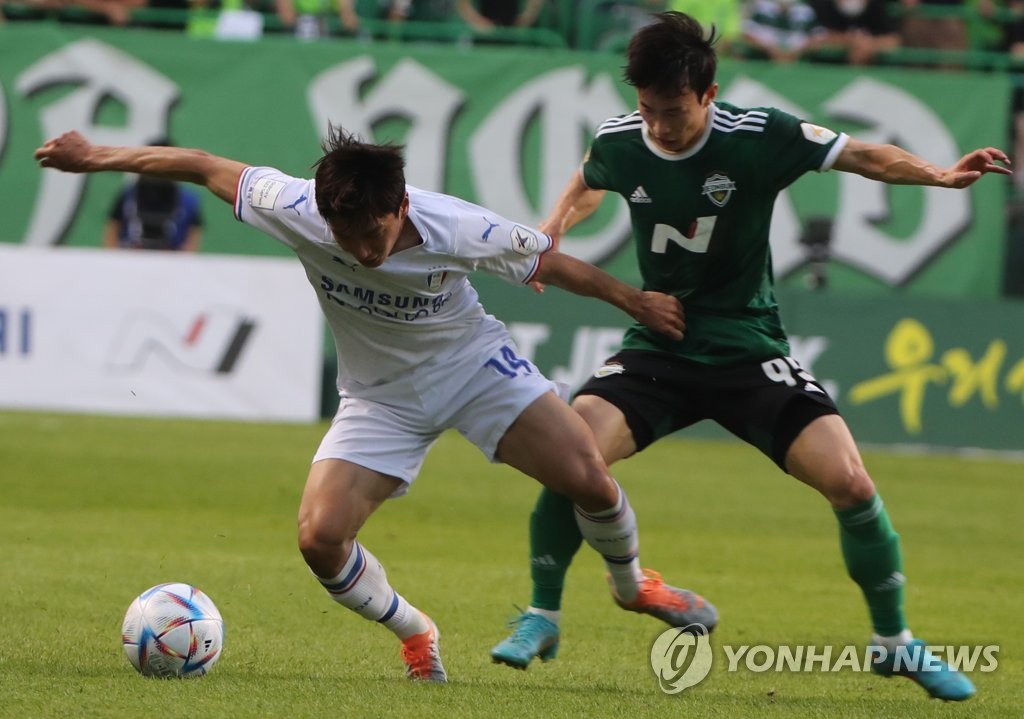 Ulsan rallied for a 2-1 victory over FC Seoul in the capital city Wednesday and stayed eight points clear of Jeonbuk at the top. Ulsan conceded the first goal -- the ninth time they have done that this season -- but second-half goals by Valeri Qazaishvili and Um Won-sang saved Ulsan from suffering back-to-back losses for the first time in 2022.

Ulsan finished runners-up to Jeonbuk in each of the past three seasons, getting caught late on all three occasions. Ulsan head coach Hong Myung-bo, who took the reins before the 2021 season, knows all too well the perils of looking too far down the road. 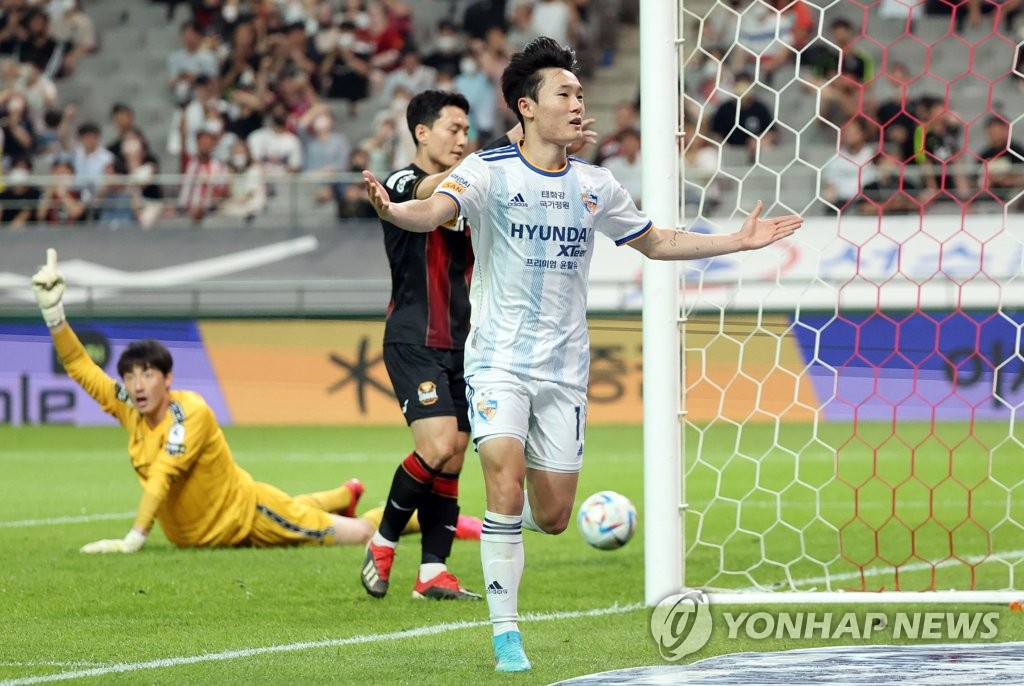 "There are way too many matches left this season, and our position in the tables now doesn't really mean much," Hong said. "I prefer not to talk to my players about the standings. It could make them rush their plays."

With 14 goals this season, Mugosa leads the Golden Boot race by three goals over Cho Gue-sung of Gimcheon Sangmu FC.

Incheon are now in fourth place with 27 points.

Coming off an extended international break, the K League 1 clubs have a tight schedule this month. Six of the 12 teams will go right back in action Saturday and the rest will follow Sunday.