SEOUL, June 23 (Yonhap) -- Prime Minister Han Duck-soo returned home on Thursday after a five-day trip to Paris where he appealed for international support for South Korea's bid to host the 2030 World Expo in the southern port city of Busan.

Han delivered a presentation on South Korea's bid to bring the expo to Busan, saying that South Korea seeks to play a bridging role between developing and developed nations. 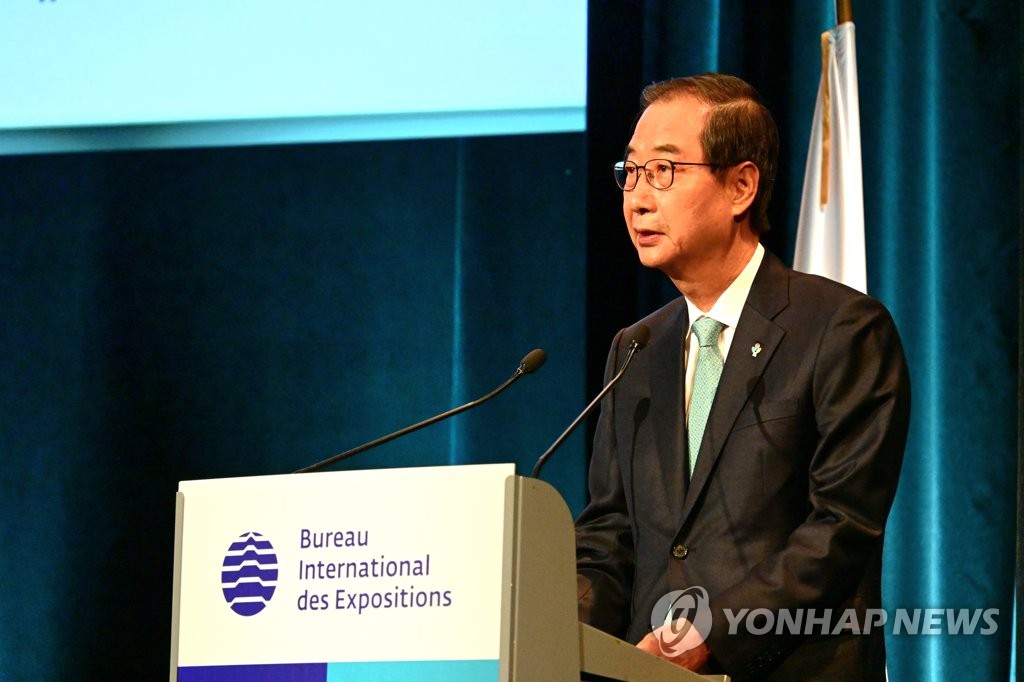 South Korea's new government, which was inaugurated last month, is strongly committed to hosting the expo in Busan, Han said.

Han was accompanied by SK Group Chairman Chey Tae-won, who doubles as the chief of the Korea Chamber of Commerce and Industry, and Busan Mayor Park Heong-joon.

On the sidelines of the assembly, Han met representatives of BIE member countries to ask for their support.

Following his return, Han is expected to focus on efforts to contain the spread of monkeypox infection as the first case was confirmed here on Wednesday.