SEOUL, June 23 (Yonhap) -- Records are made to be broken in sports, even some dubious ones.

In the Korea Baseball Organization (KBO) this season, a particularly hard-luck hitter is closing in on a futility record, while a perennial punching bag of a team has already made some history, albeit for the wrong reasons.

Kim Hun-gon of the Samsung Lions is looking for his first hit since May 27, 20 games ago. By going 0-for-4 in Wednesday's 6-0 loss to the Kiwoom Heroes, Kim is now hitless in his past 43 plate appearances.

That's a new franchise record by one, and Kim is now eight fruitless trips shy of a league record. Former infielder Youm Kyoung-youb holds the futility standard with 51 consecutive plate appearances without a hit, and Youm, mostly a backup, reached that mark across three seasons, from September 1995 to August 1997. 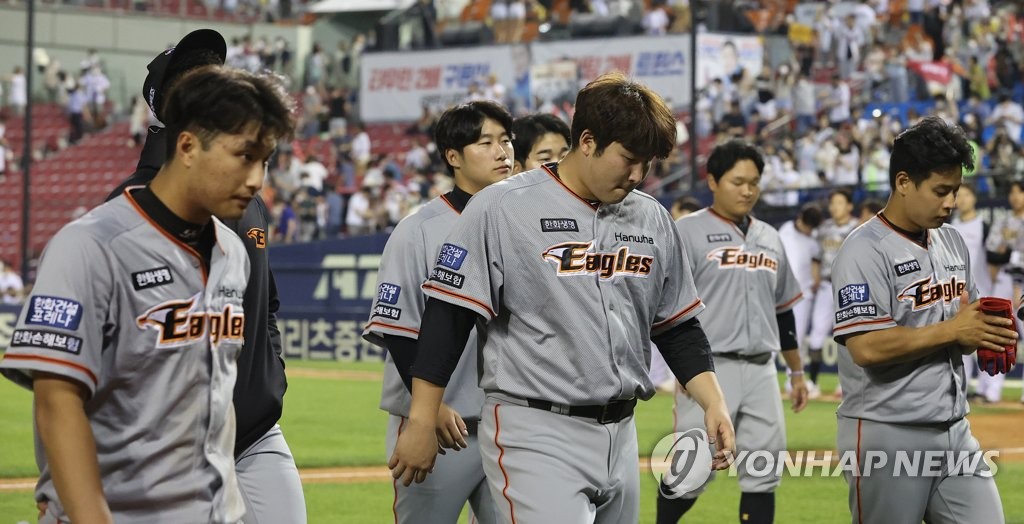 During his hitless skid, Kim has been hit by a pitch once and drawn one walk. Otherwise, it has been a series of groundouts, flyouts and pop flies. He has only struck out twice in that span but hit into three double plays.

Kim almost ended that drought in his first plate appearance Wednesday. His high fly ball to shallow center in the second inning looked to have a chance to drop for a single, but Heroes center fielder Lee Jung-hoo made a slick sliding grab to deny Kim of his long-awaited hit.

Kim grounded out twice and flied out once the rest of the game.

Kim's batting average has plummeted from .223 to .170 during this stretch. He is still receiving a fairly consistent opportunity to play because the Lions are short on healthy bodies in the outfield.

Despite Kim's struggles, the Lions lead the KBO with 171 hits in 18 games in June.

With Kim on the verge of history, the Hanwha Eagles have already moved into the record books.

By falling to the LG Twins 6-5 on Wednesday, the Eagles became the first KBO team to lose at least 10 games in a row in three consecutive seasons. 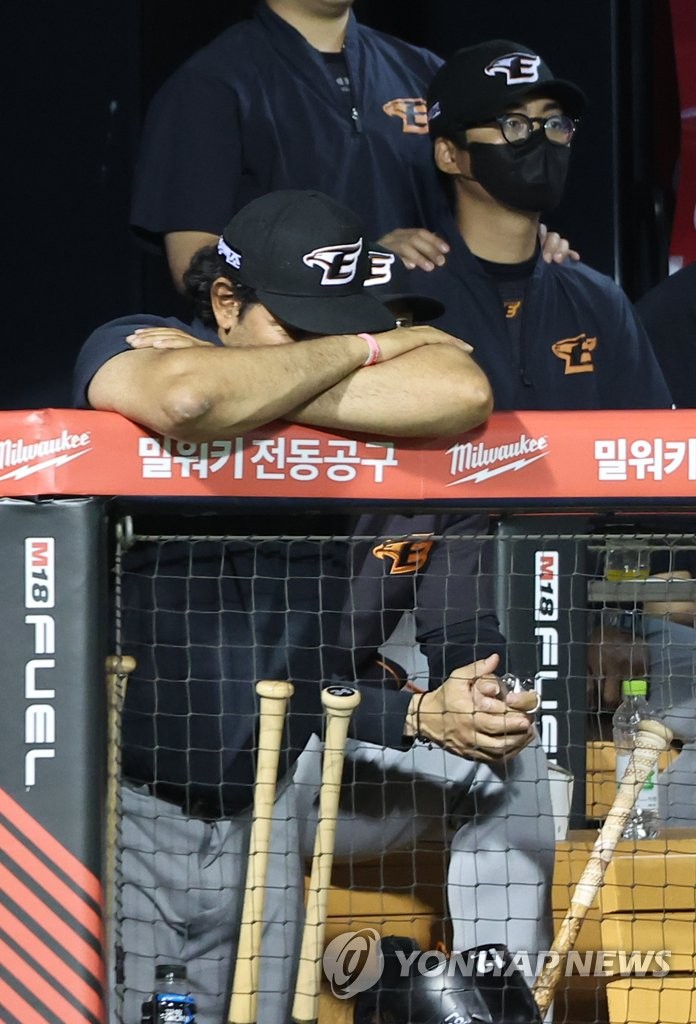 Their current stretch includes a 1-1 tie with the NC Dinos from last Friday, but in the KBO, a tie doesn't stop losing or winning streaks. It's simply kept out of the equation.

In 2020, the Eagles tied a KBO record by losing 18 straight games. That streak ended with a ninth-inning, walk-off victory over the Doosan Bears.

Last year, the Eagles dropped 10 straight games. They ended the 2021 season on a six-game slide and then opened the 2022 campaign by losing their first half-dozen games.

The Eagles know a thing or two about losing.

No franchise has suffered more double-digit losing streaks than the Eagles' eight. The Eagles are also the only team to have lost at least 10 straight games in consecutive seasons twice -- first in 2009 and 2010, and then in 2020, 2021 and 2022.

Losing so many games in a row is bad enough, but the seemingly hopeless future for the team that has been rebuilding for four years is perhaps even more discouraging. 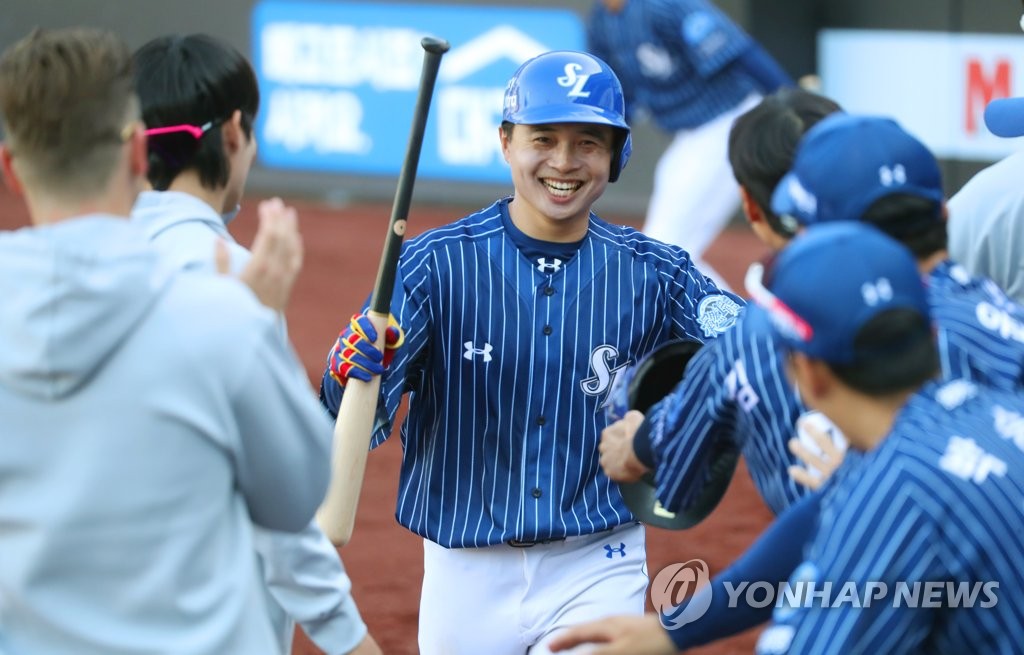 The Eagles finished the 2018 season in third place to earn their first postseason berth since 2007. But they nose-dived to ninth place in 2019 and then finished in last place in both 2020 and 2021.

Since 2010, the Eagles have been dead last six times.

Earlier this season, the NC Dinos were locked in a tight battle with the Eagles to stay out of the league cellar. But they have posted the highest winning percentage in June so far and have jumped 5.5 games ahead of the Eagles.

After snapping their record-tying slide in 2020, the Eagles issued an apology to their fans and vowed to take serious steps to overhaul their losing culture.

However, they have done little to live up to their words. They have not signed any free agent from outside the past two winters, only locking down their own free agent, catcher Choi Jae-hoon, last November.

Choi had been a strong defensive backstop with decent offensive production over the past three years, but his numbers are down across the board this year. He is turning 33 in August and has four more years left on his contract.

With aging and unproductive veterans being ushered out, young players have been getting chances to play, but they have not developed to a point where they could inspire some confidence in the team's aggrieved fan base.