The number of such households came to 377,744 in 2021, up 5.6 percent from a year earlier, according to the data compiled by the Ministry of Agriculture, Food and Rural Affairs and Statistics Korea.

It is the highest figure since the government began compiling related data in 2013.

The number of those in their 30s and younger, as well as those in their 60s and older, who opted to live in farming villages, grew 5 percent and 16.4 percent on-year, respectively, to lead the overall gain, the data showed.

The ministry said more people appeared to have sought new job opportunities amid the coronavirus pandemic and affordable homes over surging housing prices.

"Changing notions about farming villages and the government's program to support their settlement appear to have helped encourage more young citizens to make such a decision. Many in their 60s also seem to have chosen a country life upon their retirement," the agriculture ministry said in a release.

It is the first time since 2018 that the figure marked an on-year growth.

The number of citizens moving to fishing towns also advanced 25.7 percent to 1,216, the data showed. 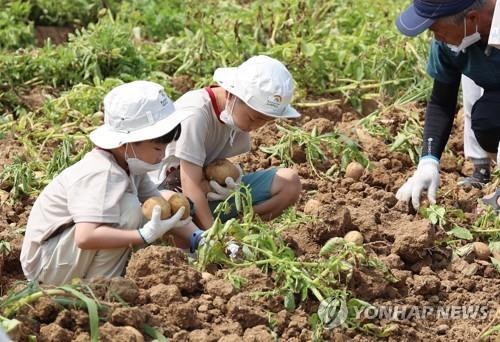