SEOUL, June 23 (Yonhap) -- The number of foreigners staying in South Korea bounced back above the 2 million mark last month for the first time in 15 months, immigration data showed Thursday.

According to the data by the justice ministry's immigration policy bureau, 2,012,862 foreigners were staying in the country as of May, the first figure over the 2 million threshold since February last year.

Driven by the inflow of tourists and immigrant workers, the foreign population on short- and long-term stays here first hit the 2 million mark in June 2016 and grew further to a record high of 2.52 million in December 2019.

The number began to slide the following month due to the onset of COVID-19 and dropped below the 2 million mark in March last year.

Of the total foreign population as of May, some 424,000 were on short-term visa-free stays, which allows visitors to stay up to 90 days in Korea for travel or visitation purposes. The number was up 1.8 percent from a month ago.

Some 1.58 million others were on long-term stays, up 1.2 percent from a month ago.

"If this pace of recovery continues, the foreign population is expected to go back to the pre-pandemic level of 2.5 million around next year," an immigration official noted. 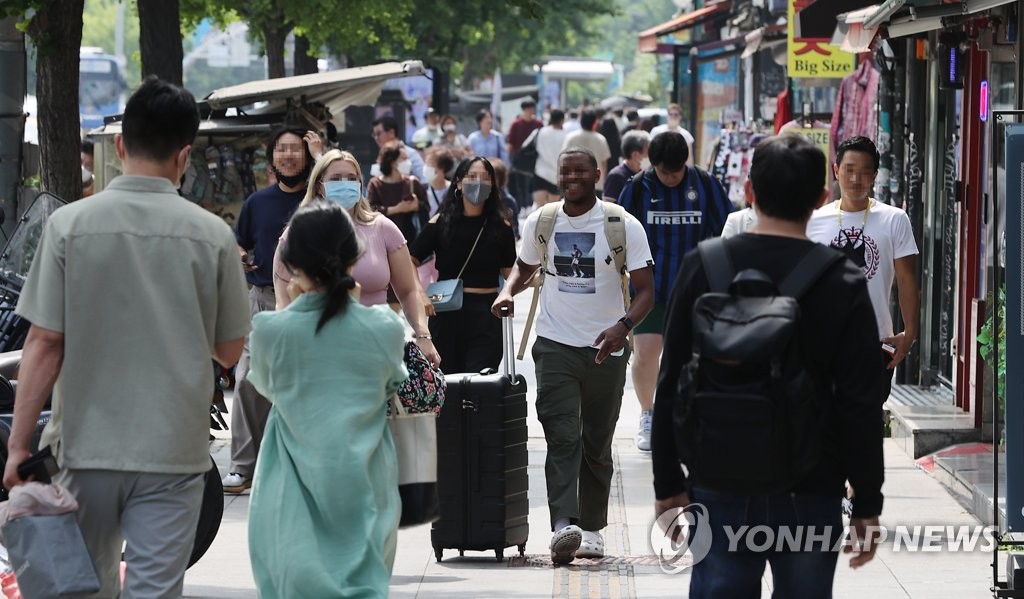 Foreigners staying in S. Korea rebound to over 2 mln amid receding pandemic

Foreigners staying in S. Korea rebound to over 2 mln amid receding pandemic