JEONGSEON, South Korea, June 23 (Yonhap) -- With the world championships about three weeks away, South Korean high jumper Woo Sang-hyeok said Thursday he feels ready for the challenge, despite a last-minute decision to skip a tuneup meet this week.

For one, Woo didn't want to risk injury before entering the World Athletics Championships, which will begin July 15 in Eugene, Oregon. And secondly, Woo, the reigning world indoor champion, already feels well prepared, with or without that extra competition here. 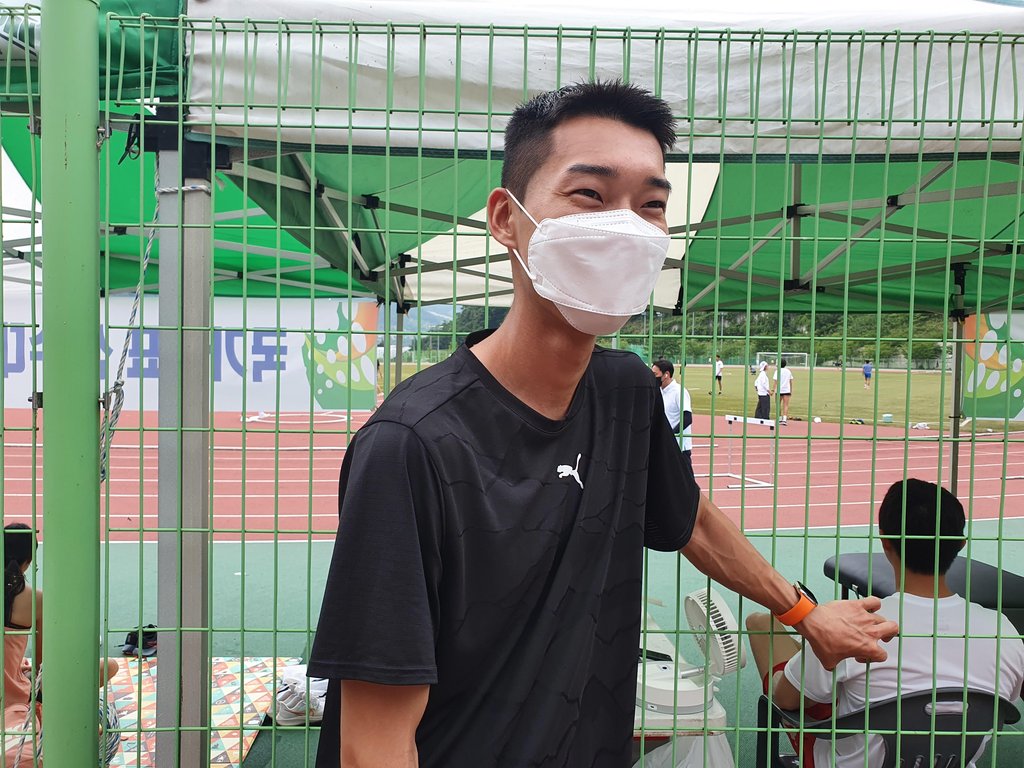 "I actually wanted to compete on Friday, but during the event on Wednesday, I slipped just a bit and almost hurt myself," Woo told reporters Thursday. "My coach, Kim Do-kyun, said I should skip Friday's event. I guess it's my job to keep pushing to compete and his job as a coach to rein me in."

Woo and Kim had planned the athlete's prep events so that it would closely resemble Woo's schedule in Eugene.

Woo has already competed in his share of events this year, including four indoor meets in Europe from January to March. He won three of those four and capped it off with the world indoor title in Belgrade on March 20.

He returned home for two outdoor competitions in April and early May, and then captured his first career Diamond League title in Doha on May 13. 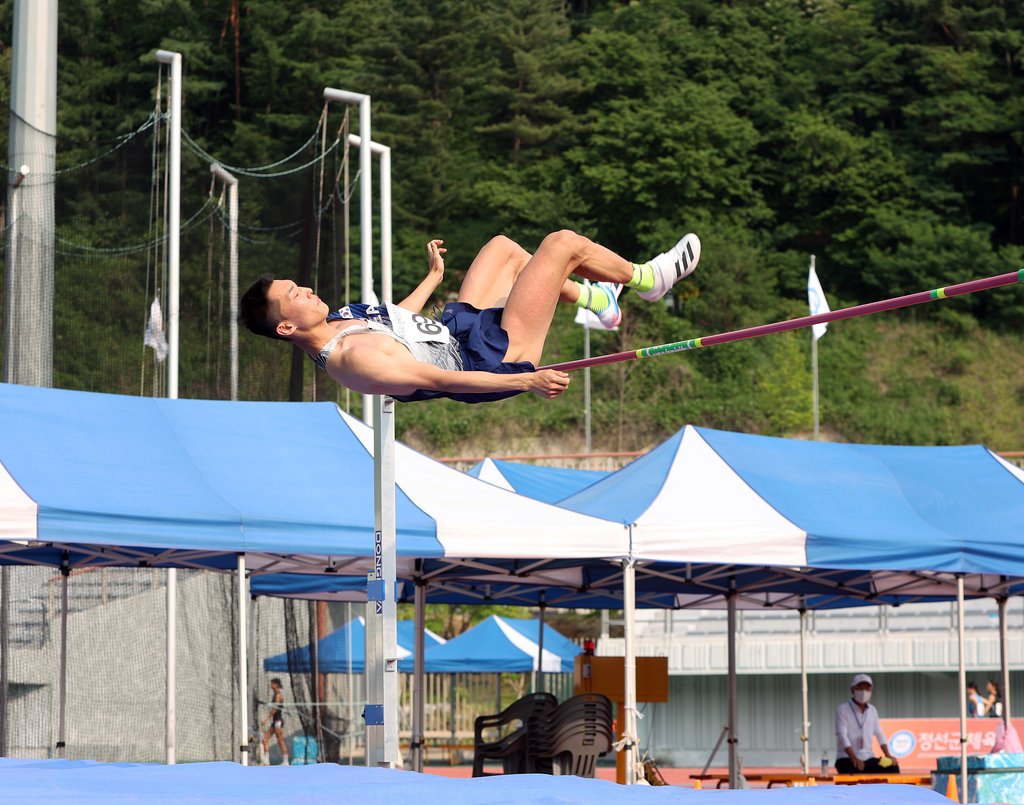 The best mark of the season belongs to Ilya Ivanyuk of Russia, who cleared 2.34m earlier this month.

However, the World Athletics (WA), the international governing body for track and field, has banned athletes from Russia and Belarus from the world championships, following Moscow's invasion of Ukraine.

Woo will be among the favorites in Eugene, alongside the two veterans who shared the Olympic gold medal last year, Gianmarco Tamberi of Italy and Mutaz Essa Barshim of Qatar.

Woo said he had done enough training in windy or rainy conditions that he didn't feel he needed to do more here Friday. His Diamond League breakthrough in Qatar came on a windy day.

"I prefer outdoor events, and I feel I don't get affected by the elements as much as other jumpers," Woo said. "And I've had plenty of preparation for inclement conditions."

Woo is scheduled to depart for the United States next Thursday and train in Las Vegas before moving to Eugene.

He will try to become the first South Korean to win an outdoor track and field world title. 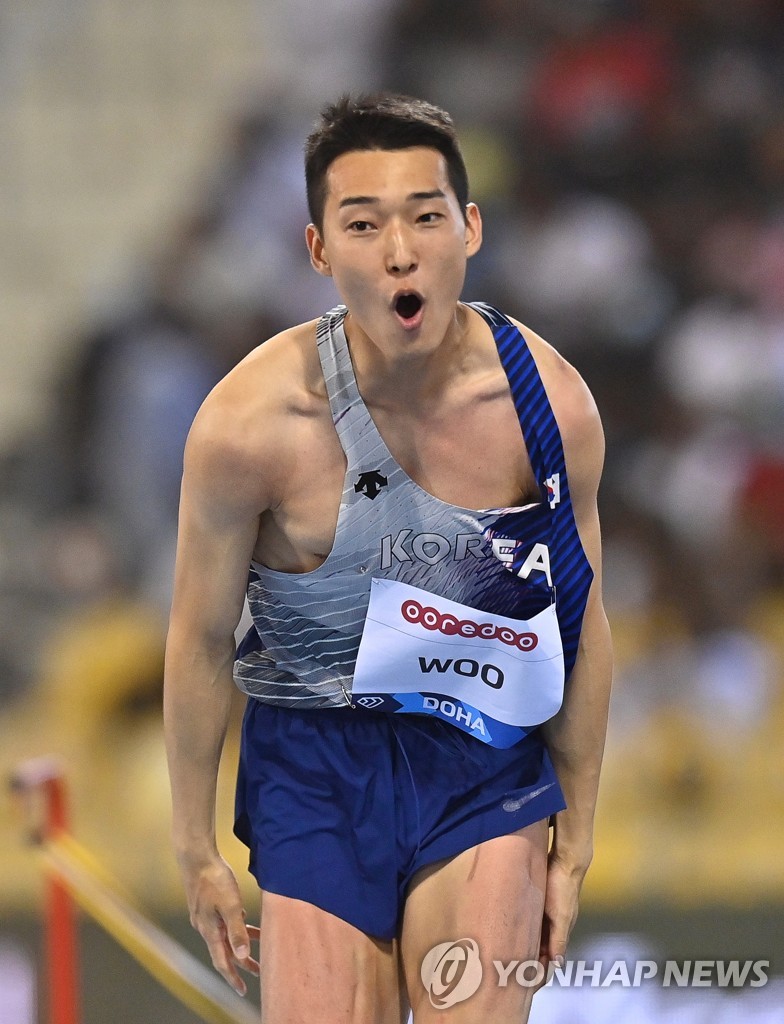