The allies carried out the operation over the sites of the 1950-53 Korean War on Tuesday, involving four South Korean F-15K fighters and four U.S. F-16 jets, after the South's Air Force carried out a stand-alone formation flight the previous day.

Members of South Korea's defense press corps were invited to cover the event on the back seats of the South's F-15K jets. It marked the first time journalists had boarded the warplanes in such allied air maneuvers.

The flight came as concerns have grown about the possibility of Pyongyang carrying out what would be its seventh nuclear test despite lingering tensions caused by a series of its earlier ballistic missile tests.

"Even for a pilot, a flight over major former battle sites is a rarity," Brig. Gen. Kim Tae-wook, head of the 11th Fighter Wing, told reporters. "We would like to show our confident posture without wavering anytime based on a strong power that can be trusted by people."

The former battle sites in the formation flight included the southeastern city of Daegu, where the South Korean Air Force flew F-51 Mustang fighters brought in from the U.S. for the first time during the war.

Also among the sites were the southern cities of Pohang and Busan, a key battle site and a wartime logistical hub, respectively, as well as the southern island of Geoje, where a large number of prisoners of war were accommodated in a camp.

The flight was also conducted over a battle site in Pyeongtaek, 70 kilometers south of Seoul. The city is where Samsung Electronics' key semiconductor factory is located. President Yoon Suk-yeol and his U.S. counterpart, Joe Biden, visited the factory last month. 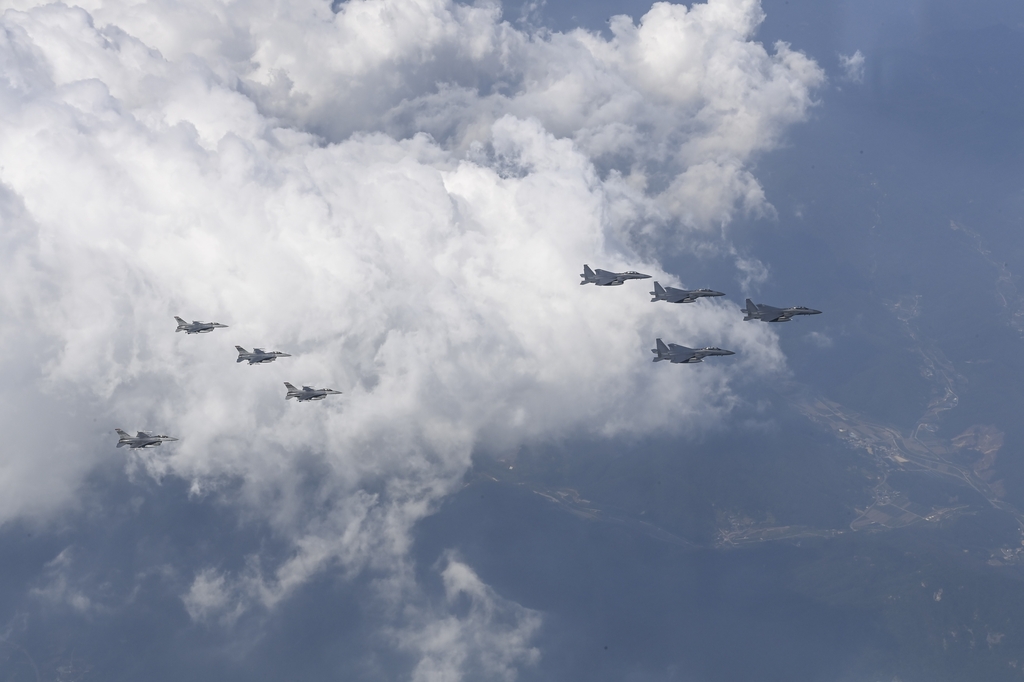