The singer-songwriter debuted in 2018 with "Walk" but first appeared in public on "Sing Again," cable channel JTBC's rebirth talent show for unknown singers, at the end of 2020.

The 21-year-old rose to fame when the video clips for some of the songs he sang on the show, including "Is There Anybody," "Whistle" and "Dream," went viral on YouTube. Although he finished the show in third place, he later became more popular than the top two contestants, captivating viewers with his unique soulful voice and modern yet classic vibe.

He then swept music charts around the country with "Traffic Light," his self-written first single released in May that year. He later released four more singles, including "The Assignment Song," and sang on the original soundtrack of several popular TV series, including "Hospital Playlist" and "Now, We Are Breaking Up."

"My life has changed too much after my TV debut, because I skyrocketed to fame in a day with a cover song (presented in 'Sing Again')," Lee said during a press conference held at a music hall in southern Seoul hours before the release of his first EP, titled "Room Vol. 1," at 6 p.m. 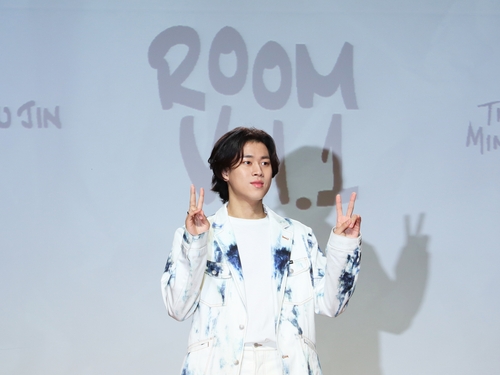 "This album contains the story of my life before that happened," he added.

"Room Vol. 1" is the first part of his new album series under the common title "Room," according to his agency, Big Planet Made.

Asked why he named the series "Room," Lee explained the rented bedsit where he lived to attend a college in Ansan, 42 kilometers southwest of Seoul, came to his mind when he tried to think about things that could best represent his life before gaining fame for the album.

He is now on a break as a student from the Seoul Institute of the Arts to work as a singer.

"My bedsit was the last stage and place of my life before my TV debut," he added. "It was the time when I enjoyed the most freedom, full of raw emotion. It was a place like the last springboard for my growth."

The album consists of five songs, all written and composed by Lee.

Leading the album is "Reference," about a young man's declaration to be a bad listener to numerous advice from those who like to meddle in other people's business but are not true teachers.

Lee also contained his autobiographical story ranging from his childhood to when he prepared for a college entrance exam and to after his success as a singer in four other tracks -- "Astronaut," "Practice Room No. 8," "Greedy" and "Bedsit."

"When I studied vocal music at college, I received so much advice from people who say this and that, and like 'The trend of the vocal market is not like that.' I think vocal majors tend to be exposed the most to such meddling among those who study music," he said, laughing. "Whenever that happened, I always wanted to say, 'What do you know about this?' But in the song, I toned it down and said I would keep their advice as reference, to be polite." 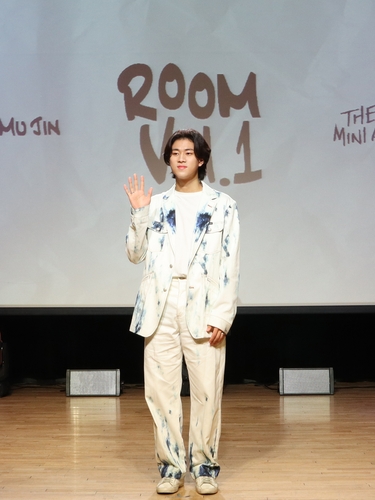 Asked about his secret for writing songs inspired by his everyday life, like "Traffic Light," Lee briefly answered "a dairy."

"I've been keeping a diary for six years, which has been the biggest influence on the style of my lyrics. Beautiful and poetic lyrics are in fashion now, but I try to escape from the trend as much as possible," he said. "When I write poetic and beautiful lyrics, I rather make efforts to convert them to be more like a journal," he added.

Lee said his life goal is to remain as a "humane" artist. "I want to be remembered as a singer-songwriter who left fairly good music and songs people can relate with," he added.