More than 100 millimeters of rain had fallen in Gyeonggi Province, Incheon and Gangwon Province as of 9:00 p.m., the Korea Meteorological Administration (KMA) said.

Precipitation was heaviest in Yangju and Paju in Gyeonggi Province, and Ganghwa in Incheon, where about 130 mm were recorded. Seoul received 83.1 mm of rain. 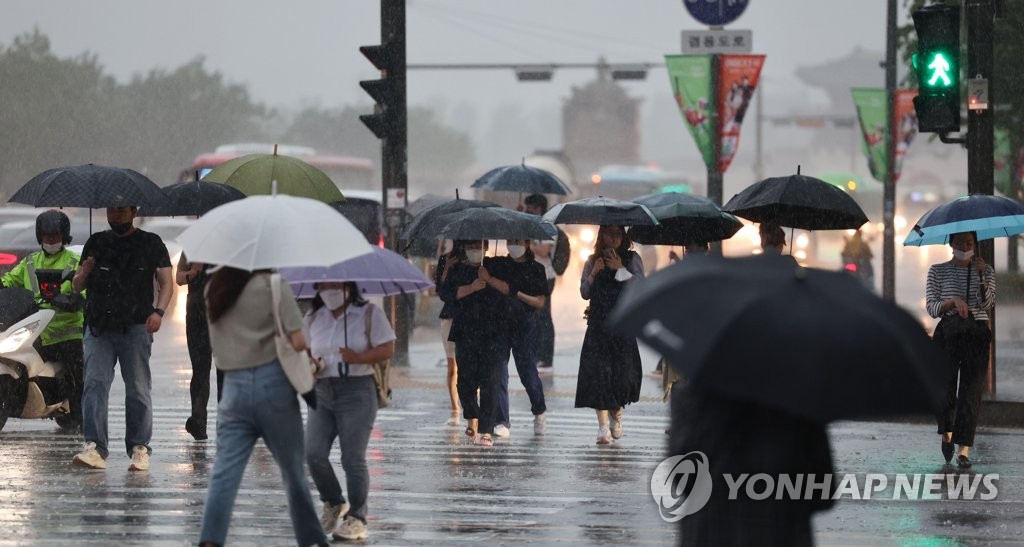 Downpours between 30 mm and 50 mm were forecast to continue in Seoul, Gyeonggi and Gangwon through the night, while central and southern parts of the country will receive the same amount of rain through Friday morning, the agency said.

Earlier in the day, President Yoon Suk-yeol instructed officials to brace thoroughly for the rainy season, including by quickly evacuating residents in case of heavy downpours, his spokesperson said.

The president ordered the interior ministry and other related agencies to carry out advance inspections in areas prone to landslides, low-lying coastal areas and campgrounds.
(END)