SEOUL, June 24 (Yonhap) -- Intra city rivals moving in opposite directions are set for their second derby of the K League 1 season on Saturday, while the best team and the worst team in the league will square off on Sunday.

The two sides have been evenly matched in recent years, as they have picked up four wins apiece along with a draw in their past nine meetings. 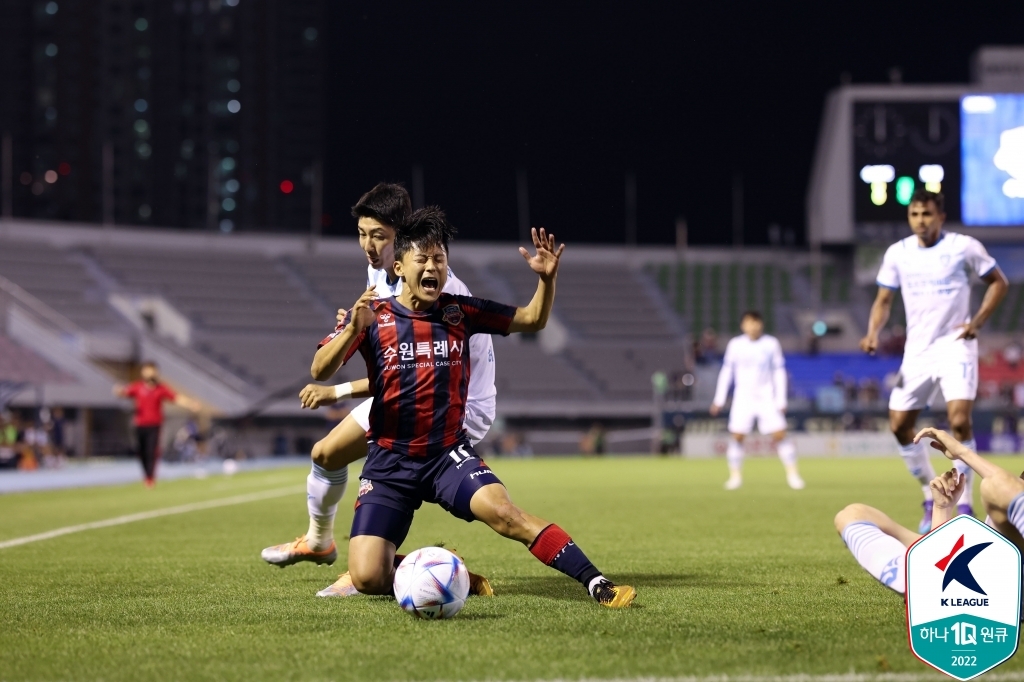 Suwon FC shook off a winless May to win the first two matches of June to climb from 11th place to eighth place following an international break. They are now gunning for their first three-game winning streak of 2022.

Suwon Samsung, on the other hand, have gone winless in their past four matches.

The two teams, along with Gimcheon Sangmu FC, are all knotted at 18 points. But Suwon FC are holding down eighth place because of their edge in goals scored tiebreaker with 23, followed by Gimcheon's 19 and Suwon Samsung's 13.

Suwon FC midfielder Lee Seung-woo has scored in three straight matches. Lee, a Suwon native who grew up a Bluewings fan, has netted six of his seven goals this season at home. 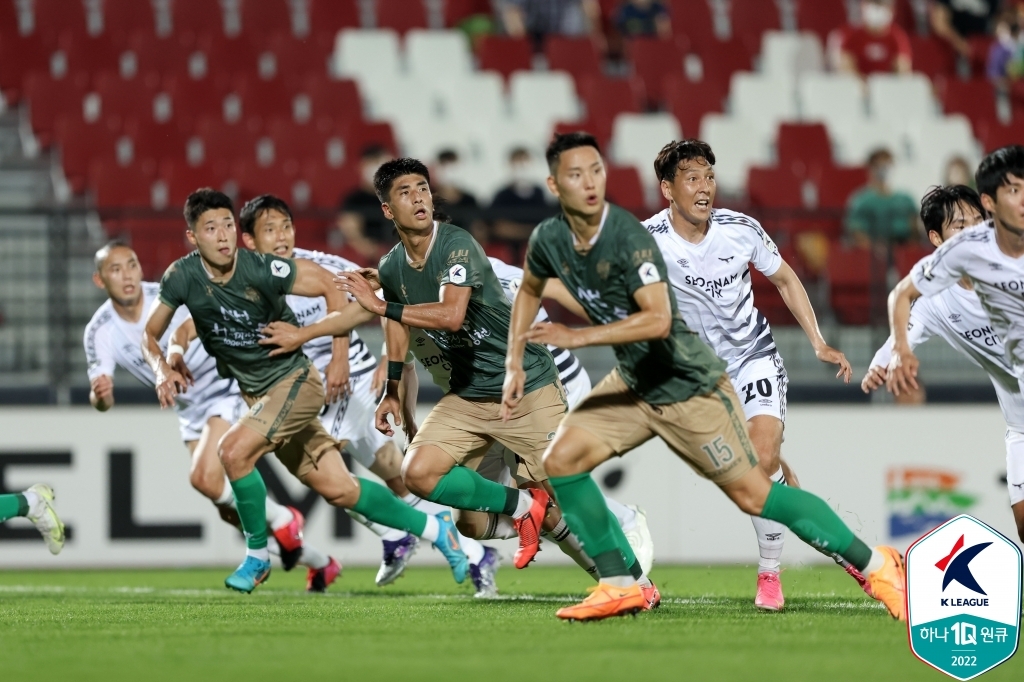 In 17 matches this season, Suwon FC have conceded 29 goals, tied for the league lead, but Suwon Samsung have scored only 13 times, tied for the fewest. Incheon United striker Stefan Mugosa has scored 14 goals to lead the Golden Boot race.

In those categories, the two clubs are both tied with Seongnam FC, currently occupying the league cellar with 11 points.

Seongnam will be in for a tough fight to earn just their third win of the season, as they visit league-leading Ulsan Hyundai FC on Sunday. 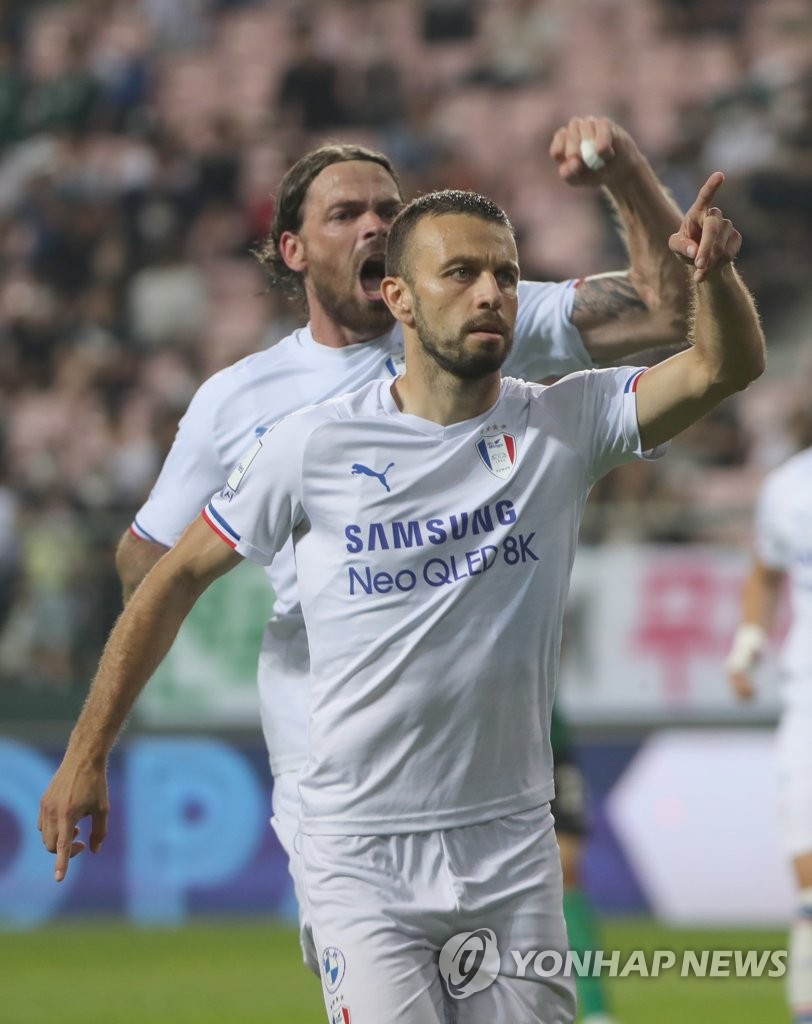 Ulsan, which lead the league with 39 points, won the first meeting over Seongnam 2-0 on Feb. 26.

Jeonbuk Hyundai Motors have climbed to second place, eight points behind Ulsan, on the strength of consecutive wins. They will host Daegu FC on Saturday to try to match their season high with a three-game winning streak.

Elsewhere in the league, Gimcheon Sangmu will look to snap their seven-match winless slide on Sunday when they visit Pohang Steelers, which have fallen from second to fifth in the standings over the past week. Also on Sunday, Gangwon FC will host third-place Jeju United, in hopes of stopping their four-match winless skid. 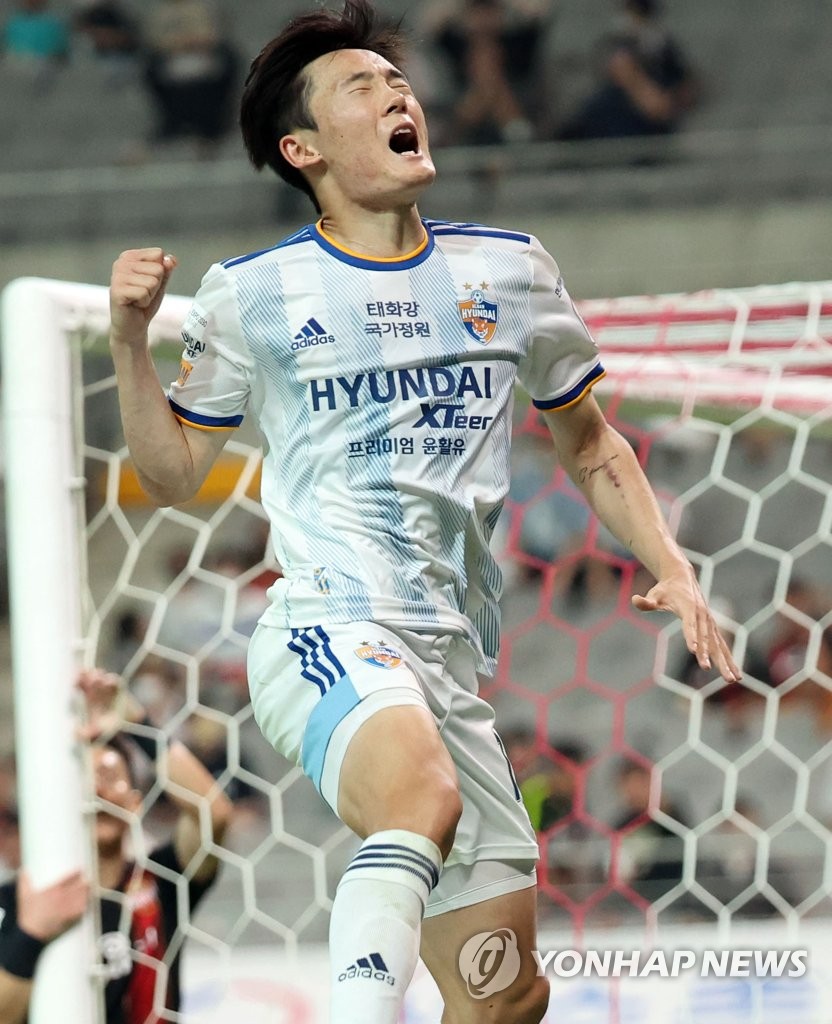