SEOUL, June 24 (Yonhap) -- The bereaved family of a fisheries official killed by North Korea in 2020 vowed Friday to reveal what former President Moon Jae-in did during the six hours after their loved one was found adrift at sea until he was ultimately shot to death.

The family of the late official, Lee Dae-jun, has accused Moon of failing to do enough to save him after he was found by North Korea's military in waters near the western sea border on Sept. 22, 2020, and concluding without enough evidence that he attempted to defect to the North.

Last week, the Coast Guard and the defense ministry announced that they have not found any circumstances backing the probe results from two years ago, reversing their previous stance and apologizing to the bereaved family.

The family has demanded access to classified presidential documents related to the death. But the Presidential Archives rejected a request by the family to disclose records on the case, citing a law governing information disclosure by the government.

"After many cries and efforts, the door of truth is opening little by little," said Lee Rae-jin, the older brother of the late official, at a meeting with lawmakers of the ruling People Power Party.

"We have requested the disclosure of information to find out what happened in 'those six hours of golden time' and what the president was doing at the time ... but again we were denied (access to) the presidential archives," he said. 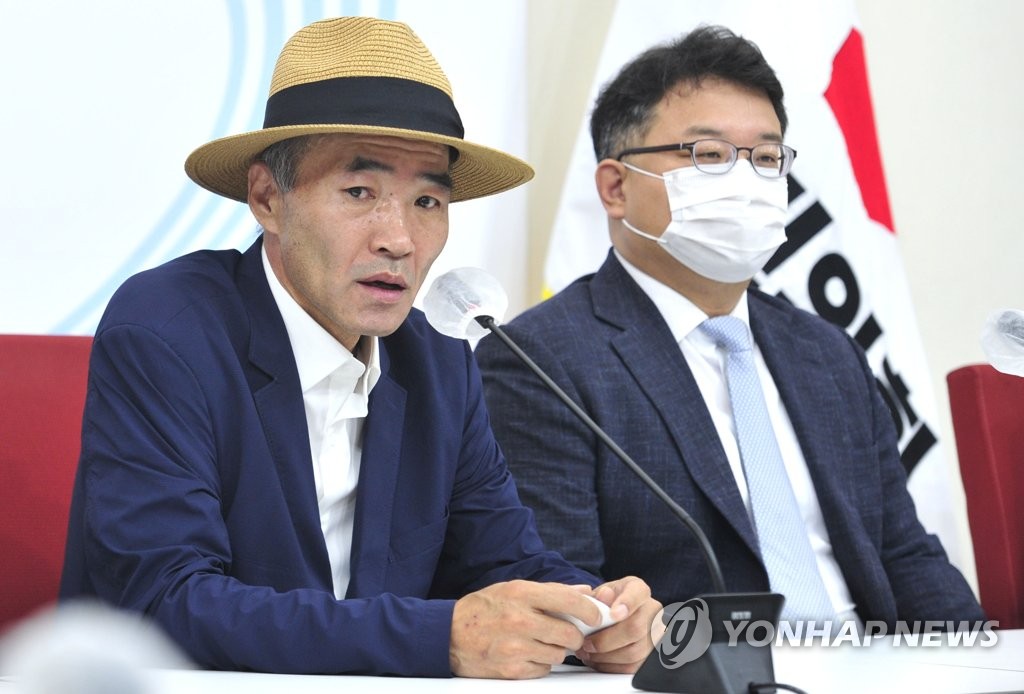 According to the PPP task force on the case, the South Korean military learned around 3:30 p.m. that the official was captured alive by North Koreans, but he was shot to death about six hours later. The PPP has been criticizing the Moon government for doing little to save him.

Presidential documents are sealed for up to 30 years from the end of presidencies, with a legal exception for their disclosure if considered vital evidence in an investigation. The documents can be only opened upon parliamentary approval from two-thirds of lawmakers or a warrant issued by a higher court in the jurisdiction.

The bereaved family suspects there was some guidance from Moon's presidential office regarding the government's announcement that Lee appeared to be trying to defect to the North.

The PPP task force on the case said the intelligence obtained by the defense ministry at the time also suggests little possibility of Lee defecting to the North. The task force visited the ministry Thursday to gather information on the case.

"The amount of intelligence collected by our military at the time equals seven hours of communication," said Rep. Ha Tae-keung, who heads the task force. "However, the word 'defection to the North' appeared only one time in one sentence, and there is absolutely no content related to the defection before and after that."

Ha added the phrase "defection to the North" appeared in the North Korean military's communication two hours after Lee was captured.

The family earlier this week filed complaints against three former secretaries to Moon, including former National Security Adviser Suh Hoon, for obstruction of official duties in connection with the previous government's announcement that Lee may have attempted to defect to the North.

After the meeting with the PPP, the family's lawyer said they plan to file complaints Tuesday against four additional officials who worked for the Moon government.

Lee, the brother of the late official, said he plans to meet with Tomas Ojea Quintana, the U.N. special rapporteur on North Korea's human rights situation, on Tuesday next week to ask for international support in revealing the truth of the case. 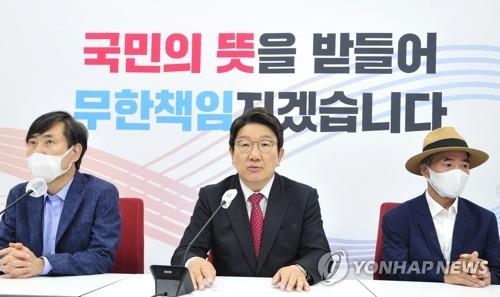