SEOUL, June 24 (Yonhap) -- South Korea posted a record current account surplus with the United States and Southeast Asia in 2021 on brisk demand for chips and other key products, but its shortfall with the Middle East widened sharply on soaring oil prices, the central bank said Friday.

South Korea's current account surplus with the U.S. totaled US$44.96 billion last year, compared with a $32.8 billion surplus the previous year, according to the Bank of Korea (BOK). It surpassed the previous record of $41.5 billion in 2014.

South Korea's current account balance with the European Union swung to a $1.27 billion surplus from a $5.9 billion shortfall thanks to brisk exports of chemicals, ships and autos.

Meanwhile, South Korea's current account deficit with the Middle East ballooned to $48 billion last year from $28.26 billion a year earlier on surging crude prices, with its shortfall with Japan rising to $22.14 billion from $20.22 billion, according to the BOK. 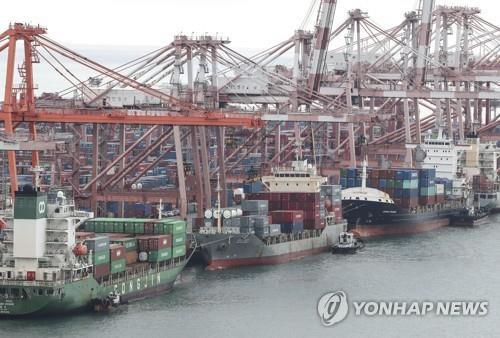