SEOUL, June 24 (Yonhap) -- South Korean player Lee Hyun-jung has gone undrafted in the world's top basketball league, coming up short in his quest to become the second player from the country to be selected.

Lee's name was not among the 58 called during the annual draft in the National Basketball Association (NBA), held in Brooklyn on Thursday (local time). The 21-year-old had declared for the draft in April after completing his junior season with the Davidson College Wildcats. Lee had also signed on with BDA Sports Management, which represents, among others, Dallas Mavericks star Luka Doncic. 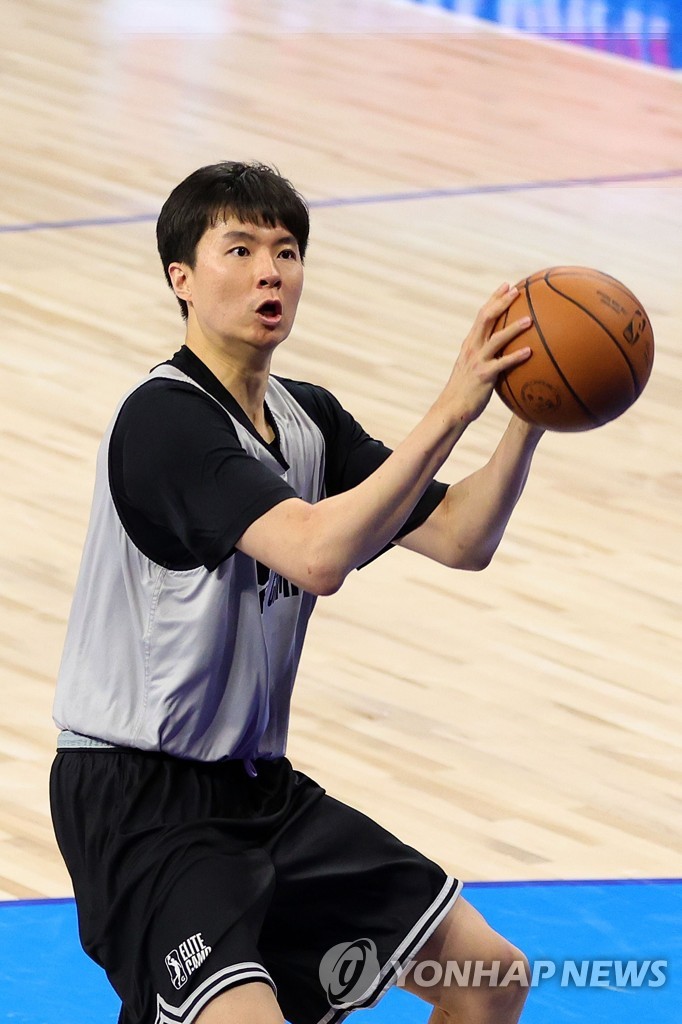 Lee, a 6-foot-7 wing, had been hoping to become just the second South Korean to be drafted in the NBA, after the retired center Ha Seung-jin, the 46th pick by the Portland Trail Blazers in 2004.

Lee had been considered a fringe second-round candidate, and suffering a foot injury during a workout with an NBA team a week before the draft likely didn't help his stock.

Lee's South Korean management company, A2G, had announced Thursday that Lee will likely miss multiple months while undergoing treatment and rehab after sustaining injuries to the top of his left foot and ligament in the area. The injury also forced Lee to scrap his plan to travel to Brooklyn for the draft. 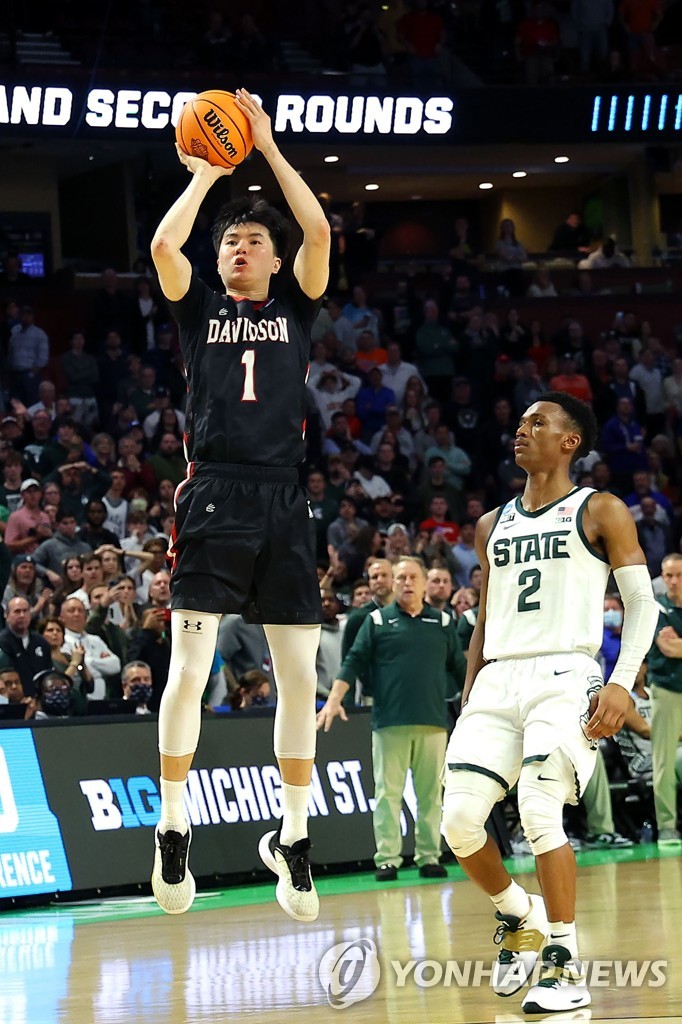 Going undrafted doesn't spell the end of Lee's NBA dreams though. The most obvious path is the NBA G League, the second-tier competition. As a free agent now, Lee can land a two-way contract, which pays players different amounts of salaries depending on their time spent in the NBA and the G League.

Lee averaged a career-high 15.8 points and six rebounds per game in the 2021-22 season, en route to making the Atlantic 10 All-Conference First Team. 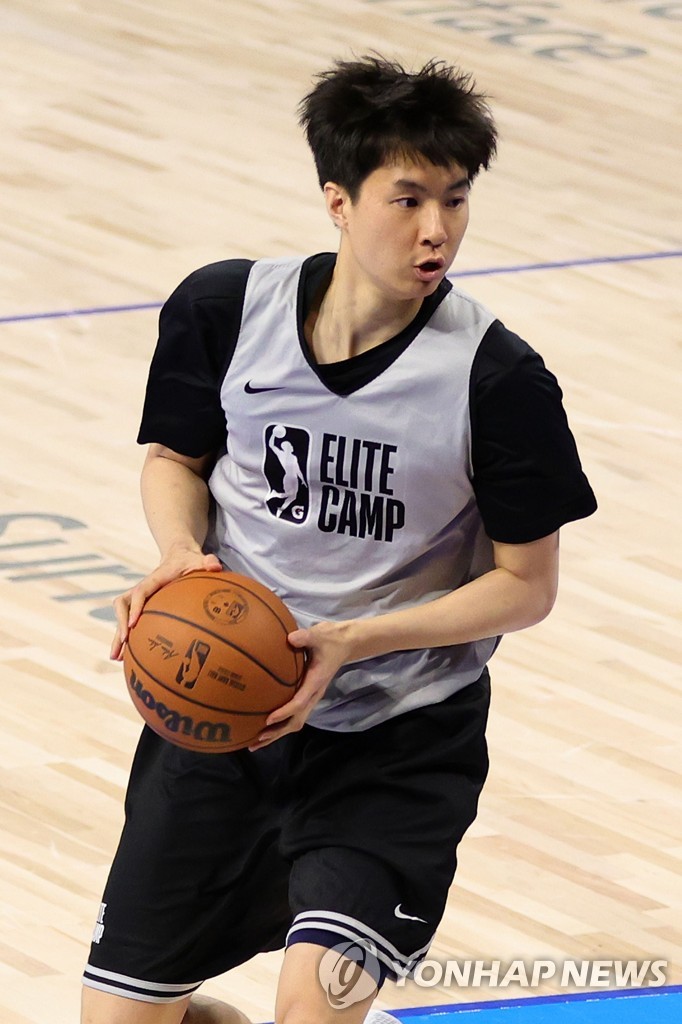 Lee's mother, Seong Jeong-a, helped South Korea win the silver medal in basketball at the 1984 Los Angeles Olympics. His father, Lee Yun-hwan, played semi-pro hoops in the 1980s and has been a prominent high school coach since retiring in 1991. 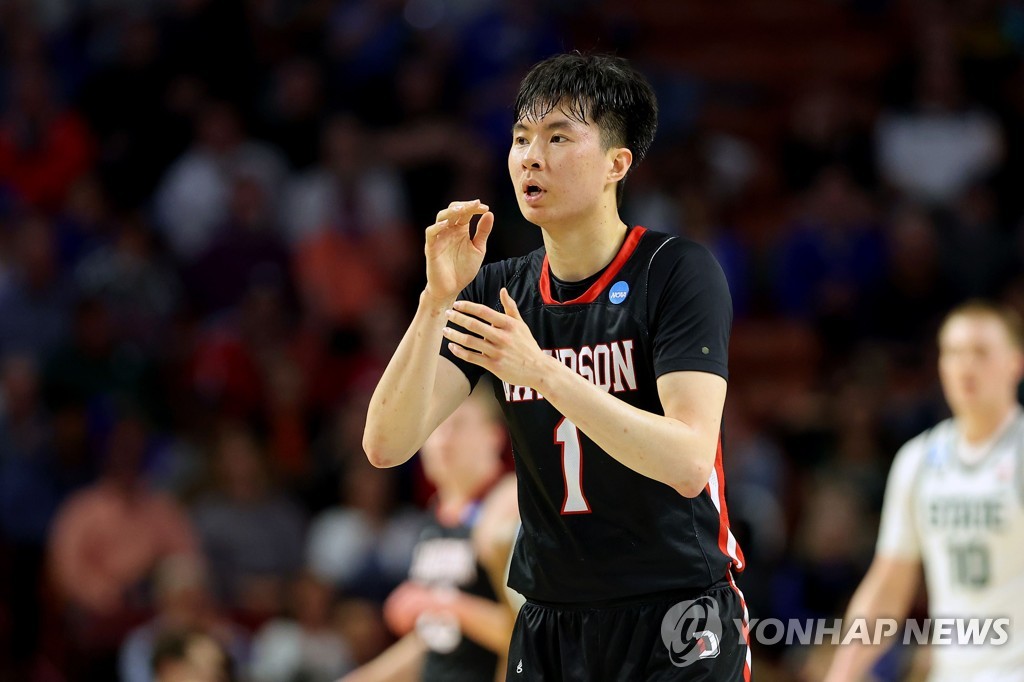